After finishing Pokemon Dark Rising and Light Platinum I felt that I still needed to play another Pokemon ROM hack. Light Platinum was awesome in terms of its story and the fact that its cheats were really easy to find.

On the other hand, although Dark Rising wasn’t as good it still had a lot of memorable moments that made me forget about its maddening first couple of minutes. My search for a homebrew Pokemon game that would knock me off my feet inadvertently introduced me to Pokemon Flora Sky. Was it the game that I was looking for? Read on further to know more! 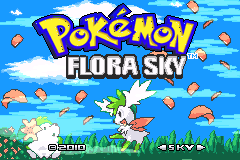 Differences and Similarities with Other Pokemon ROM Hacks

Unlike Light Platinum and Dark Rising, Pokemon Flora Sky doesn’t deviate so much from its base game (Pokemon Emerald). Like Pokemon Ruby and Sapphire, Emerald has extensive support for cheats. This means that you’ll have no problems enabling them unlike with Dark Rising.

One thing that you’ll have to be mindful of though is that most of the Pokemon in Flora Sky are from the 4th and 5th Generation of Pokemon games. As such, some of the Pokemon in the base game have been taken out in favor of the newer ones. However, you need not worry since I’m going to provide you with the list of those that are sure to come out.

Like with the previous two homebrew games, I played Pokemon Flora Sky on GBA4iOS. I was also able to play it on John GBA and the My Boy GBA emulators for Android. Regardless of the emulator, the game play was great and there were no signs of slowdowns or lags (except when using certain cheats).

There have been reports of bugs but fortunately I wasn’t able to encounter any of the game-breaking ones during my normal play-through. What I did encounter was some issues with the in-game dialogue. Other than that though, installation (for all platforms) was easy and just required downloading the ROM (I used GBA4iOS in-app browser) to my phone, and loading it on my emulator.

The best feature (this is subjective) that you might like with Pokemon Flora Sky is that it severely limits Pokemon encounter codes. This means that you can’t just stock up on Master Balls and enable encounters with the Legendaries anymore. This doesn’t mean that you can’t use other cheat codes though. Here’s the list of codes that you can use to make your time playing Flora Sky easier. 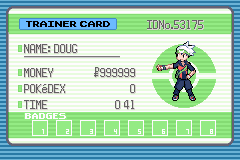 This cheat enables you to get unlimited money (actually P9999999) from selling any item to the Poke Mart NPC. The great thing about it is that the item that you sell will still remain in your inventory. I found this to be one of the most useful cheats in the game due to the fact that it makes buying any item on the Poke Mart that much easier. Make this the first cheat you input on your GBA4iOS. 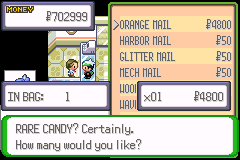 This is a cheat that should prove useful when you’re trying to level up your Pokemon in the fastest time possible. Using this cheat should minimize the amount of time that you spend grinding just to get your Pokemon to level up. Take note though that it is usually the first item offered by the Poke Mart NPC (Orange Mail when you buy from the Small Town Poke Mart). It will also cost around P4800 (which is why you’ll need the Lots of Money cheat enabled).

Unlike the Rare Candy cheat code, the Master Ball cheat code only allows you to purchase one Master Ball at a time (instead of in bulk). This can be a little inconvenient but you should be able to remedy this by increasing the game’s speed settings on GBA4iOS. Once you’ve done that, you can spam the A button to buy the Master Ball from any Poke Mart NPC for P0.

Walking through walls has always been one of the Pokemon games’ most easily abused hacks. It’s also one of the most useful especially for homebrew Pokemon games like Flora Sky. You can hasten your journey from Small Town to Puel City by using this code to avoid the random trainer battles along the way. 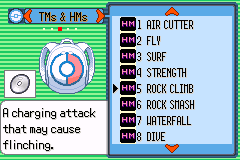 These are some of the important HMs you’ll need to advance the story without having to take on quests. You’ll want to have at least a Flying, Fighting, and Water Type Pokemon in your party to be able to use these HMs. 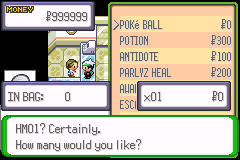 Have one of your Pokemon learn this to cut trees when not in battle. 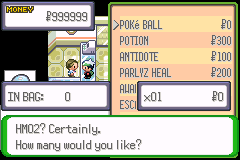 Enables the Pokemon with this move to fly on its first turn and attack on its second. 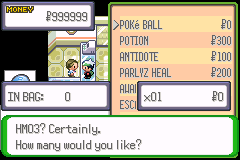 Teach this to a Water Pokemon in order for you to travel across water. 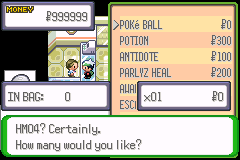 Make your Pokemon strong enough to move those pesky borders blocking your way. 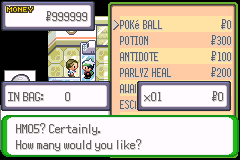 Have your Pokemon learn this so that you’ll never lose your way in the dark caves.

Break any rock that’s foolish enough to stand in you and your Fighting Pokemon’s path. 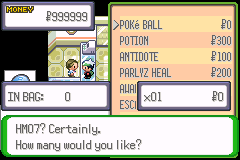 This move allows you to climb waterfalls with your Water Pokemon. 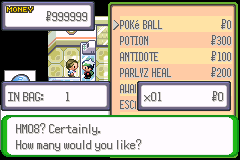 You and your Water Pokemon can now dive underwater.

Whether it’s by design or not, Pokemon Flora Sky does the right thing in limiting the Pokemon encounter cheat. I had fun with the story and I was able to get to know the Pokemon in my party better. I’m still partial to Pokemon Light Platinum but in terms of enjoyment and fun, Flora Sky was able to do an equal (and in some instances, better) job.