How to Build a Basic Farm in Minecraft PE

Regardless of the platform you’re playing in, a basic farm is important if you’re still starting out in Minecraft. In my previous post, I talked about the stuff that you can grow in a farm and the equipment that you’ll need to start and maintain one. Today, I’m going to show you how to actually go about starting your farm.

If you want your farm to be functional then make sure that you play on Survival mode. Normally, I would use one of the village seeds so that I’d have no problems when it comes to looking for crops to plant in my farm.

For this example though, we’ll start with a world that was generated in a completely random manner (i.e. I just clicked on the ‘Create World’ option after naming my world and choosing the survival option). I actually wasn’t worried about the type of world I was creating since that isn’t going to have any noticeable effect on how I build my farm.

Looking for Trees, Cobblestone, and Coal 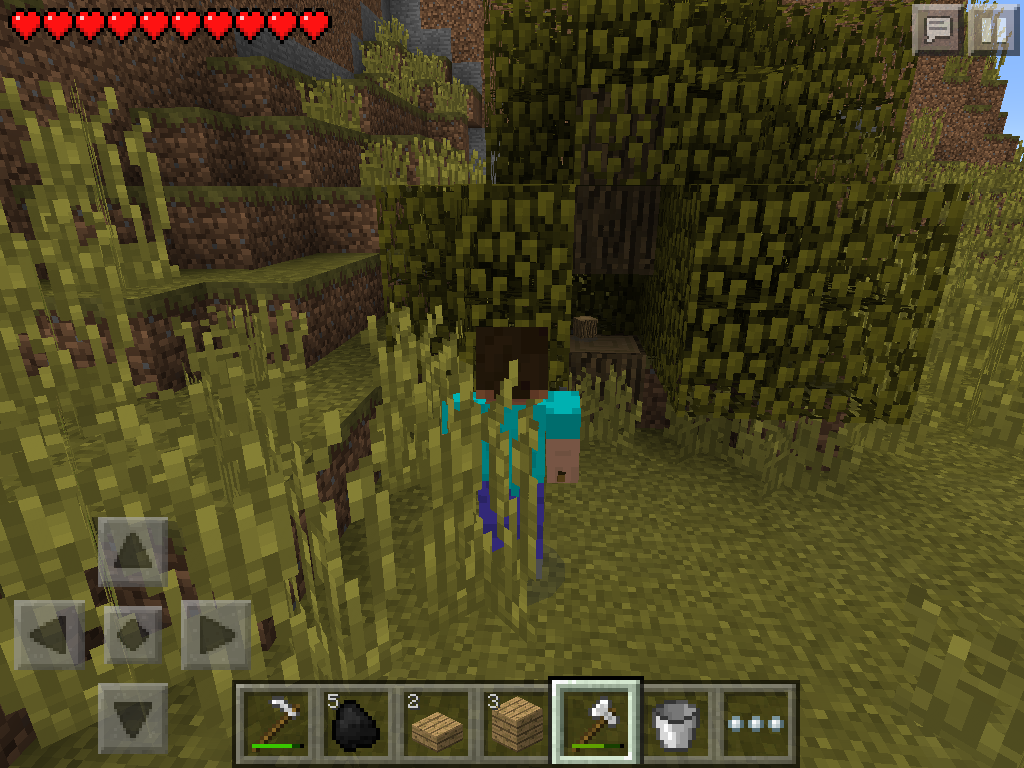 Your first course of action the moment you spawn in your world is to look for trees (specifically oak). The moment you see one, go over to it and start hacking away at its trunk. As you probably know by now, you won’t be able to craft certain items or equipment without a crafting table.

Depending on the length of the tree’s trunk, you’ll likely have around 3 or 4 oak logs. A single oak log can be broken down into 4 oak planks which can then be used to craft a crafting table. As soon as you have the crafting table ready, you can then start crafting your wooden hoe and pickaxe with the remaining planks and logs.

On the other hand, you’ll also need coal for the furnace you’ll be making later on as well as for crafting torches. These will play important roles in making your basic farm work later on. 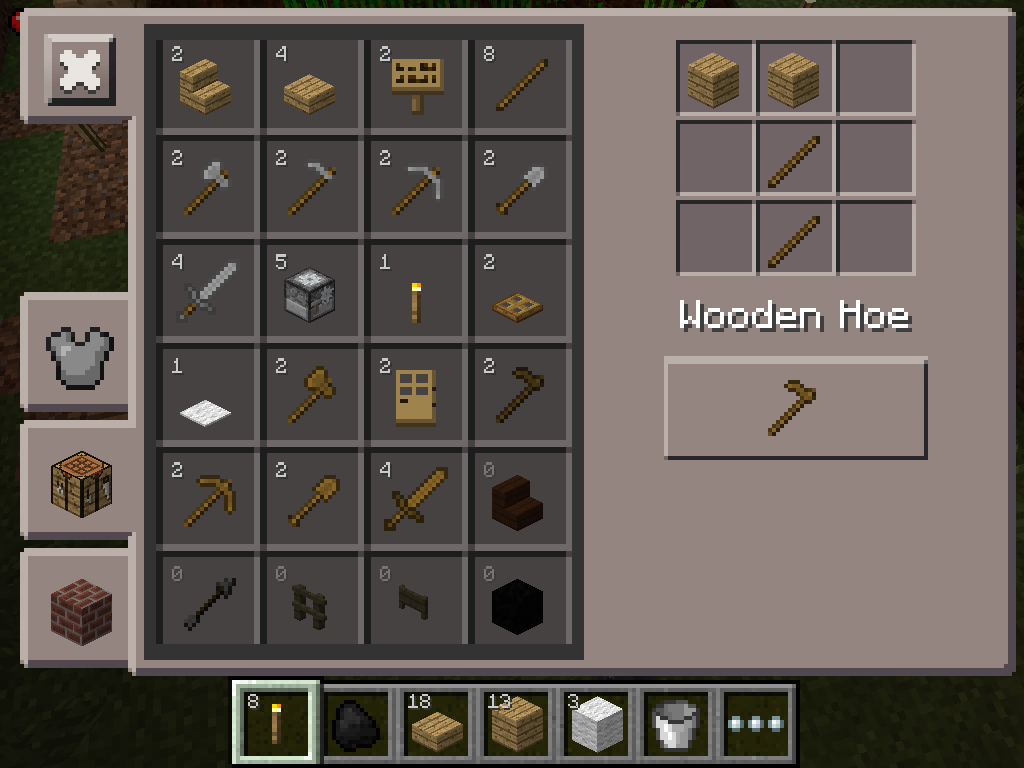 As soon as you get a wooden pickaxe, proceed to collecting cobblestone  so that you can make a furnace.

The furnace will be important later on since you’ll need to craft a bucket which requires iron ingots that can only be obtained by smelting iron ore in a furnace. Although it’s optional, it would also be wise to also craft a chest for storing items and seeds that you come across/harvest. 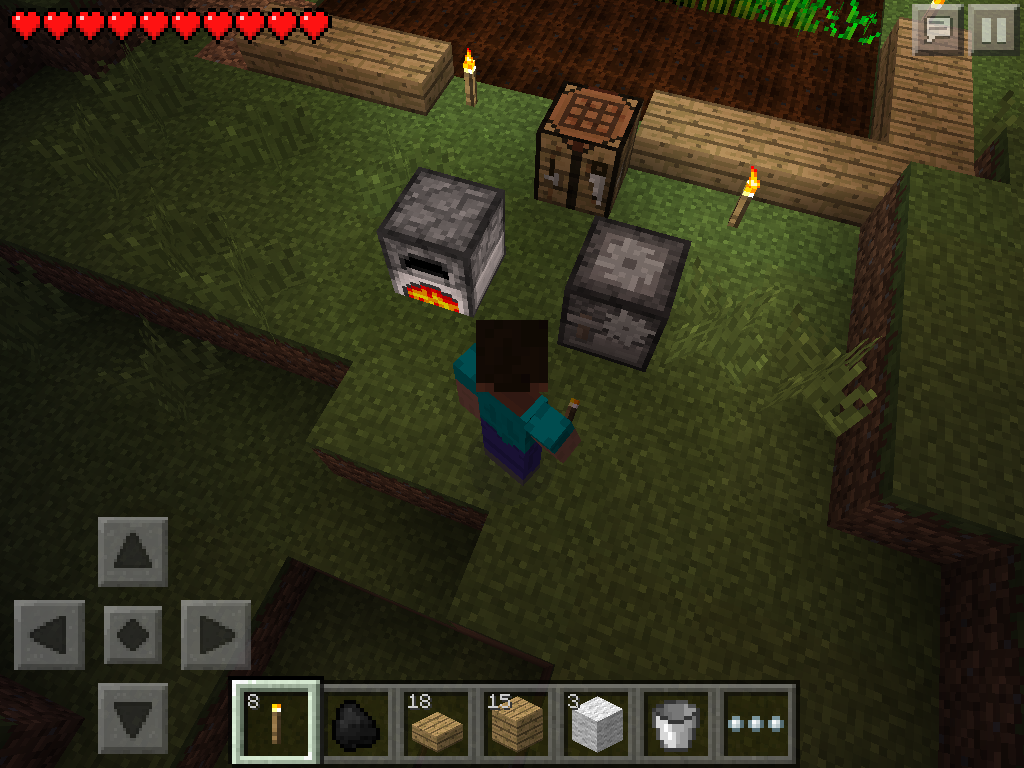 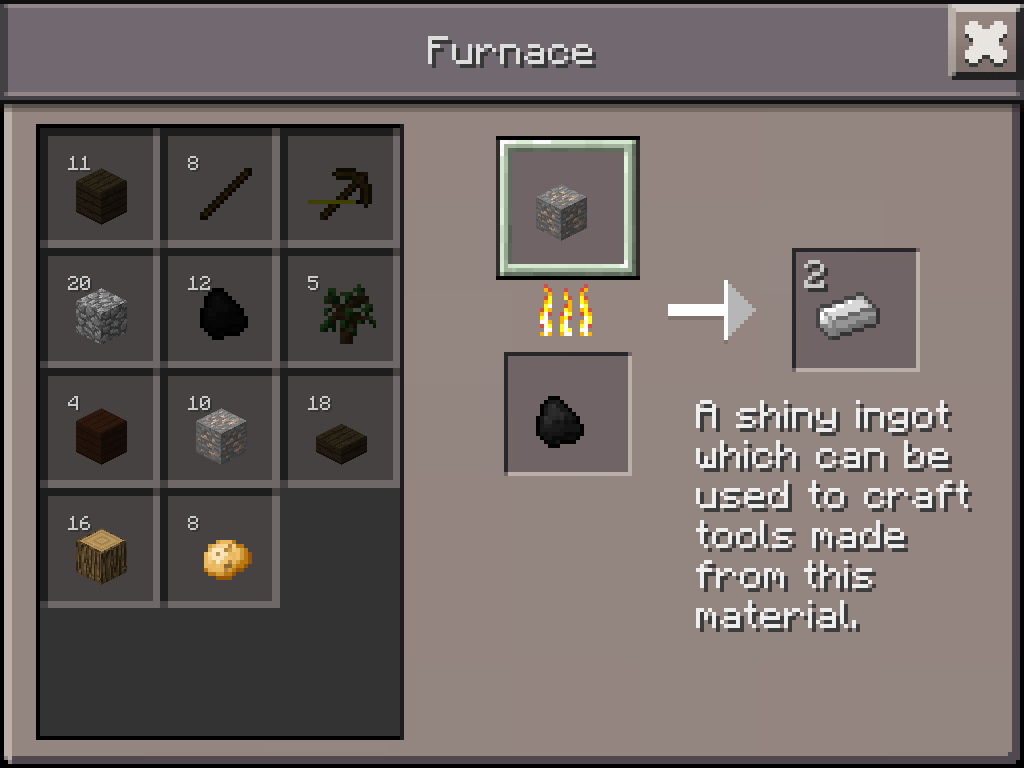 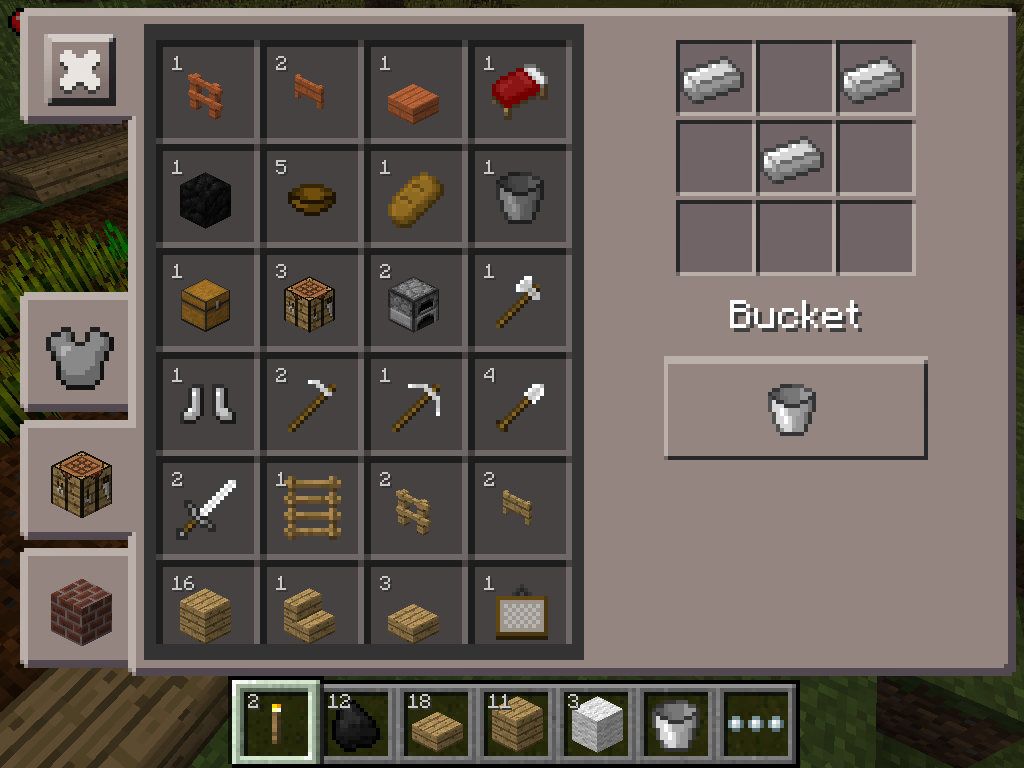 Tilling Grass and Getting Seeds 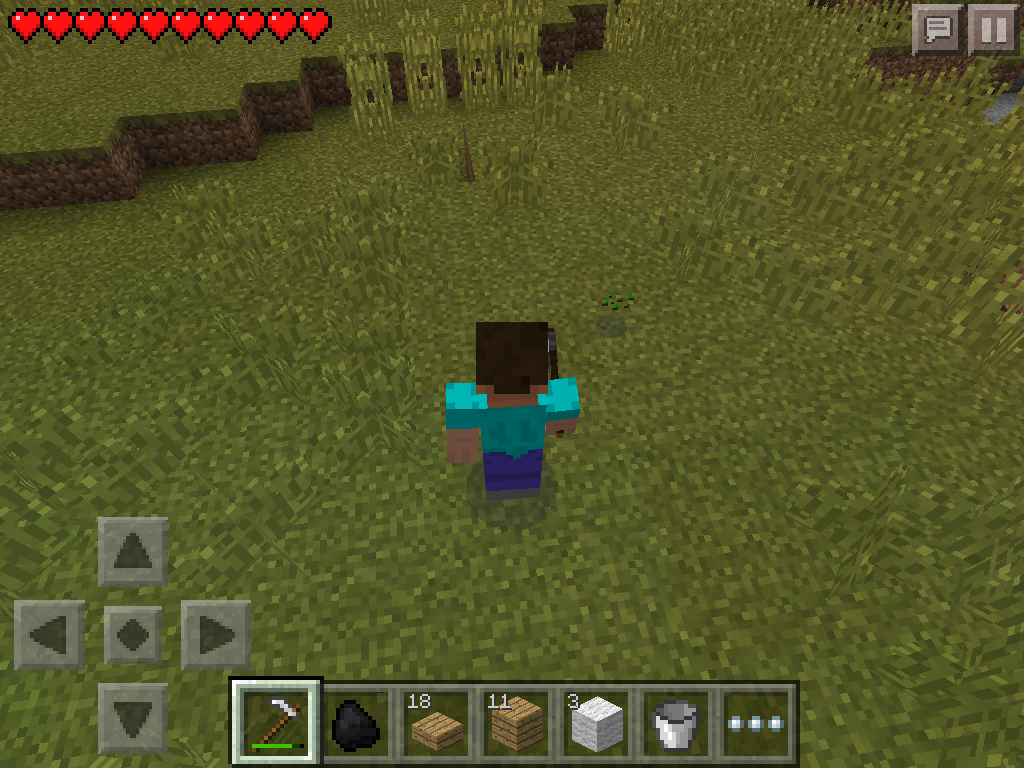 Now that you have a hoe, it’s time that you actually got around to till the grass/soil to make it viable for planting. However, in order for the crops you plant to grow they’ll also need to be properly hydrated (depending on the type of plant).

For now, we’re going to go with beetroot and wheat for our farm since they’re pretty easy to come by (tilling the ground will drop 0-2 seeds of either crop) and they have the same water requirements. This means that we can plant them in the same plot of farmland without having to worry about hydration or light levels.

The Layout of the Farmland 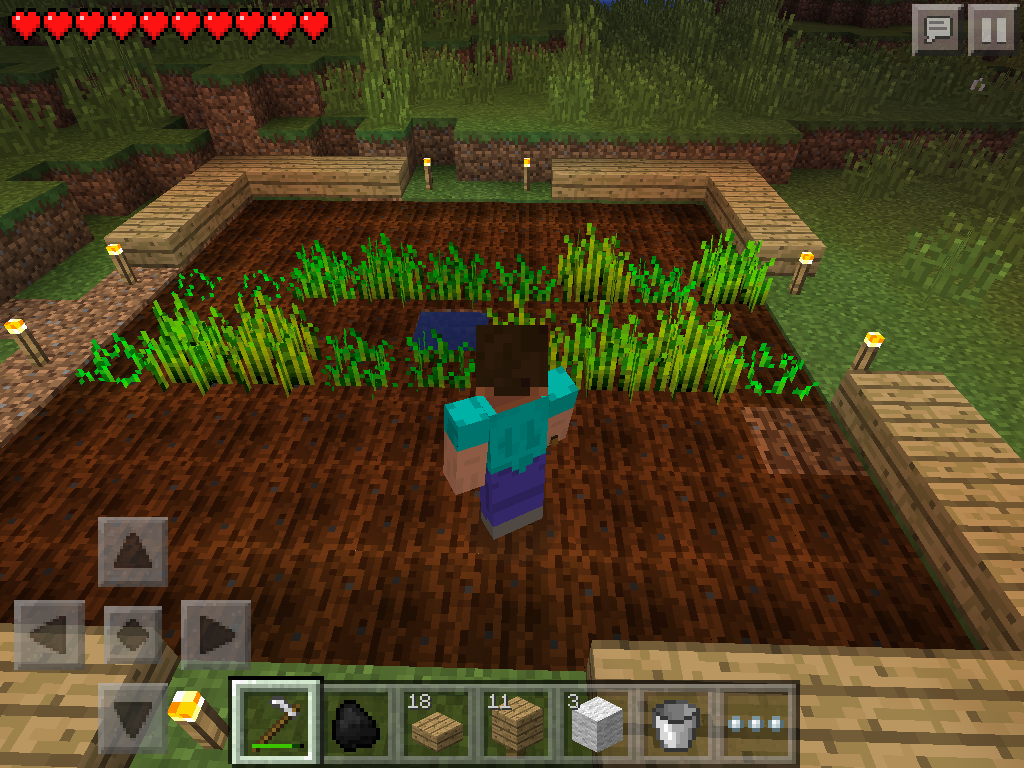 Water should always be at the center of any farmland. Acquiring water is of the utmost importance and you can do so by crafting a bucket or making an irrigation canal.

Personally, I’d go for the latter since finding ingredients for making a bucket can be a pain. In order for your farmland to be optimally hydrated, it needs to have a dimension that measures 9 by 9 blocks with a hollow center block containing water. 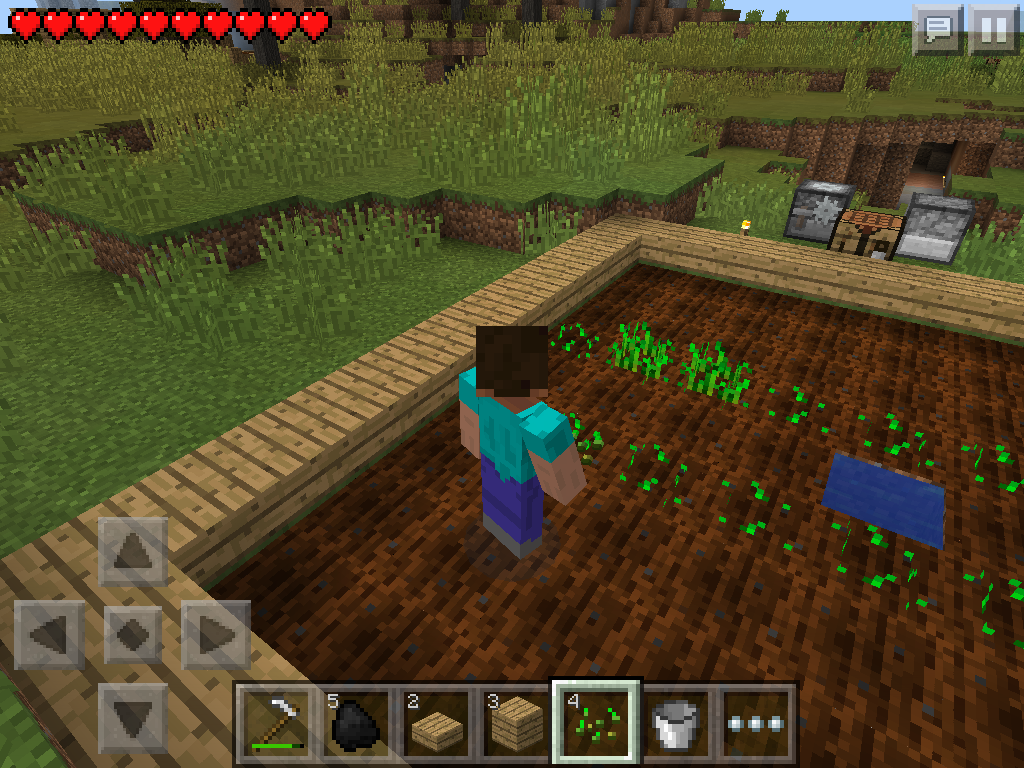 What’s left to do now is to plant your crops and wait for them to grow. For me, this is actually the most crucial part of the whole farming process. Although it isn’t really necessary, it is advisable to have torches lit at night to provide lighting. This lighting setup will ensure that your beetroot or wheat crops grow faster resulting in an early harvest for you.

What about fences? If your farmland is situated in areas that have a large concentration of animals or mobs then it’s important that you have something that can deter or stop them from trampling your crops. A fence might not be enough to stop all of them but it is better than nothing at all. 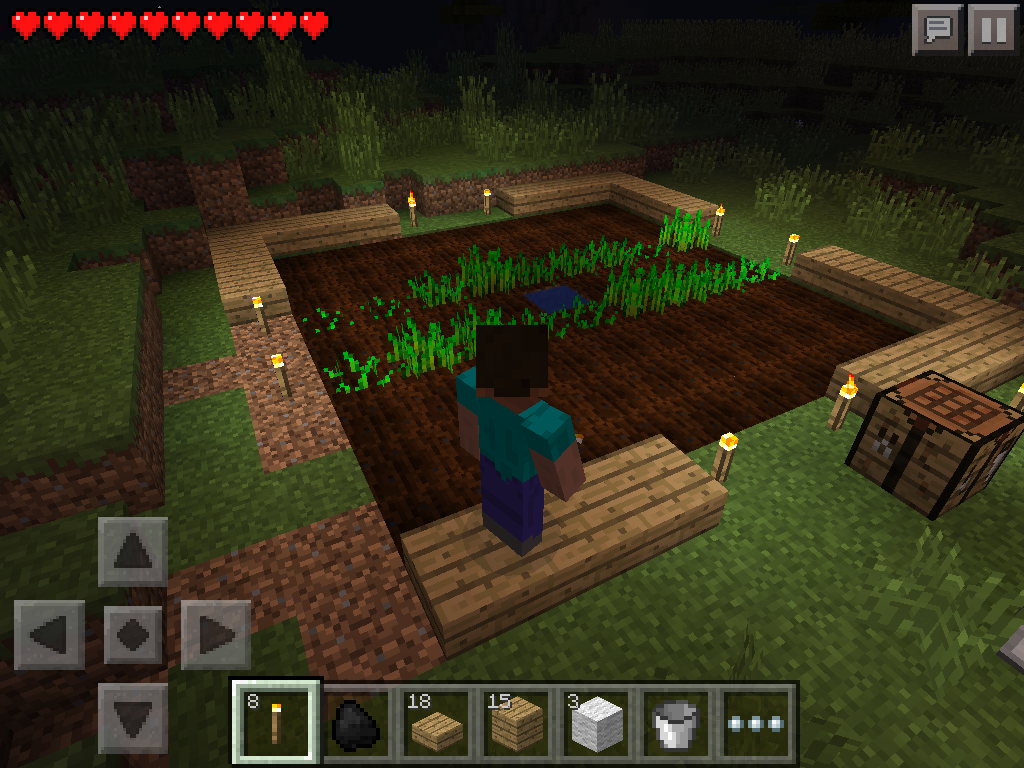 If you followed everything that’s been discussed up until this point then your crops should be ready for harvesting in 3-4 in-game days. In the screenshots above, I was able to collect wheat in just 2 days since I only planted two rows of the farmland. You can then store your harvest in a chest and proceed to re-planting your farmland.

Now, those were a pretty easy set of instructions to follow right? Start practicing your farm-building techniques now because next time I’m going to specifically talk about how to efficiently grow wheat, carrots, and potatoes in your farm.