Clash of Gangs guide and strategy

The world of gangsters isn’t as simple and romantic as shown in Hollywood mafia movies. If you want to see it for yourself at no risk of life – welcome to Clash of Gangs!

CoG is a multiplayer game and to survive you have to hire Troops, participate in Battles and construct Buildings. Here’s the Clash of Gangs strategy guide to help any new players. 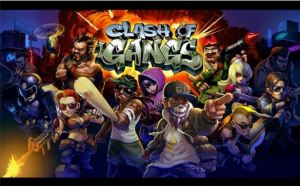 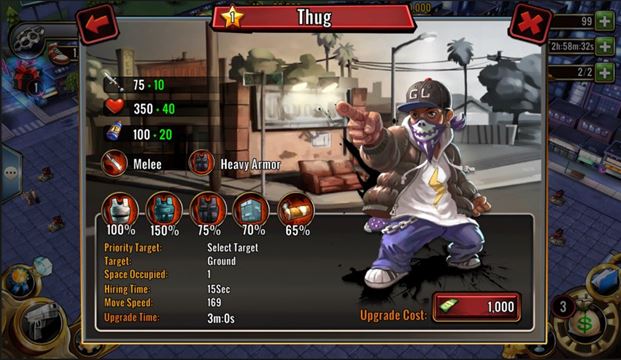 Soldiers are your basic battle units hired in Soldier Camp. Note they can’t be controlled in a Battle and attack based on their nature and prioritized targets.

Tip: If a unit dies while attacking it is lost forever. Though Soldiers that die defending your own base will be regenerated immediately afterward.

A Boss is a unique unit that can be used in battles and the Fight Club. Every Boss starts at Star level 1 and is granted a random Talent next to their standard Skill which level can be increased by consuming other bosses or stimulants. Boss talents have an effectiveness scaled from 1 to 5 and can be re-rolled at the boss character screen in The Bar. Each Re-roll costs 300 gold.

Tip: Place your Boss on a Boss Base to use it in Raids and Missions and gain Experience. It’s impossible to keep the same Bosses on Boss Bases at once but you can place a duplicate in your Garrison Tower.

Bosses are categorized into 3 tiers – ordinary, elite and legendary – and can be purchased in The Bar by spending Gold, Street Credits obtainable from the Fight Club, or Boss Shards that occasionally drop at the completion of a Mission.

Tip: Don’t use your Street Credits for that purpose, save them to upgrade your Bosses. 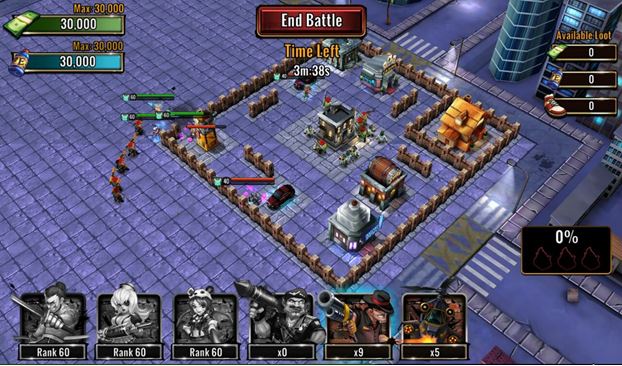 In Clash of Gangs there are two main Battle types at the moment: Raids and Missions.

In Raids a player attacks another player’s base. After a Raid the defender will receive a Shield if their base was destroyed by at least 50%, preventing further attacks for up to 10 hours.

Tip: Steal more resources by attacking through the Raid feature in the Battle menu (up to 25% instead of 5% given in a direct attack).

Missions are pre-set bases controlled by AI and a player can attack them to gain valuable resources and Experience. To enter a Mission you have to spend an Entry. Any player has a maximum of 5 stored Entries and their regeneration rate is 1 per 20 minutes. 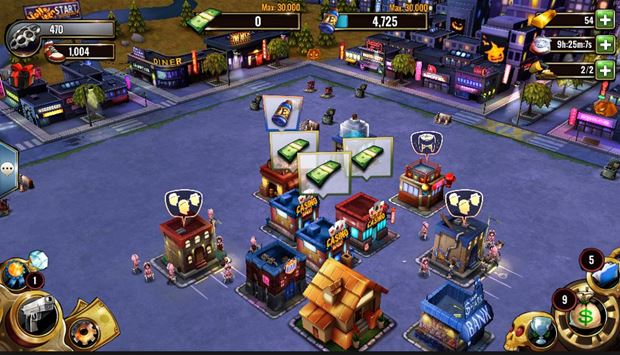 There are four main Building types in the game:

The Headquarters is the main building. Its level affects the number, type and maximum level of other buildings.

Tip: Upgrading Headquarters gives you the most Reputation per level.

Defenses (Water Tower, Garrison, Wall) are mainly built to protect your own base while you are offline though they cannot guarantee it will remain safe.

Tip: The only item that can prevent a raid from another Player is a limited-time Shield purchased for Gold. Gold can be bought for real money or received for completing achievements and downloading free sponsor apps.

Military (Soldier Camp, The Gym, Boss Base, The Bar, Fight Club, Guild Hall, Black Market) are used to hire and upgrade Soldiers and Bosses and open useful options for your base and Raids.

Tip: Upgrading your Troops can help you to raid other players easier.