Clash of Kings is a Complex yet Rewarding Game 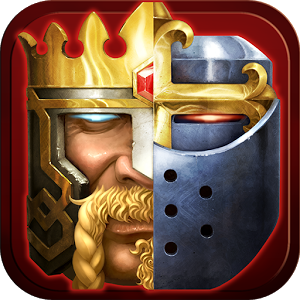 In my review of Clash of Kings, I talked about how the game’s complexity makes it superior over Clash of Clans. I also mentioned that it might be hard for people who don’t have patience to get good at the game.

You’ll need an abundance of patience if you don’t want to pay for gold coins but still remain competitive. Like most games in the mobile strategy genre, resource conservation and management are the main challenges you’ll have to hurdle first.

The good thing with Clash of Kings is that you don’t have to worry about these hurdles if you religiously follow the tutorial.

How many games have you played where you just flat out ignored the tutorial and did your thing? Games like Flappy Bird and to a certain extent Clash of Clans allows its players the freedom to just play they want to. The same thing can’t be said of Clash of Kings though. Of course, there’s an option to turn off the tutorial but you’re actually dooming yourself if you did that. The lengthy tutorial makes it easy for you to understand the game mechanics as well as some basic strategies that you can use for attacking monsters or other players.

Now we’ll focus on resource management. There are four major resources that you’ll have to deftly manage to be successful at this game.

Food For Army and Wood For Building

The two most important of these resources are food and wood. They’re required for constructing and upgrading buildings as well as for training military units.

You can never have too little of either of these resources so make sure that you build 5 sawmills (for wood) and 5 farms (for food) as soon as you’re able to. You should then have them upgraded to Level 3 to ensure that you have a steady supply of food and wood for making other buildings.

In addition to increasing and hastening your resource gathering capabilities, you’ll also fulfill the requirements for the tutorial’s recommended quests. Completing these quests will result in rewards in the form of food, wood, or gold coins. 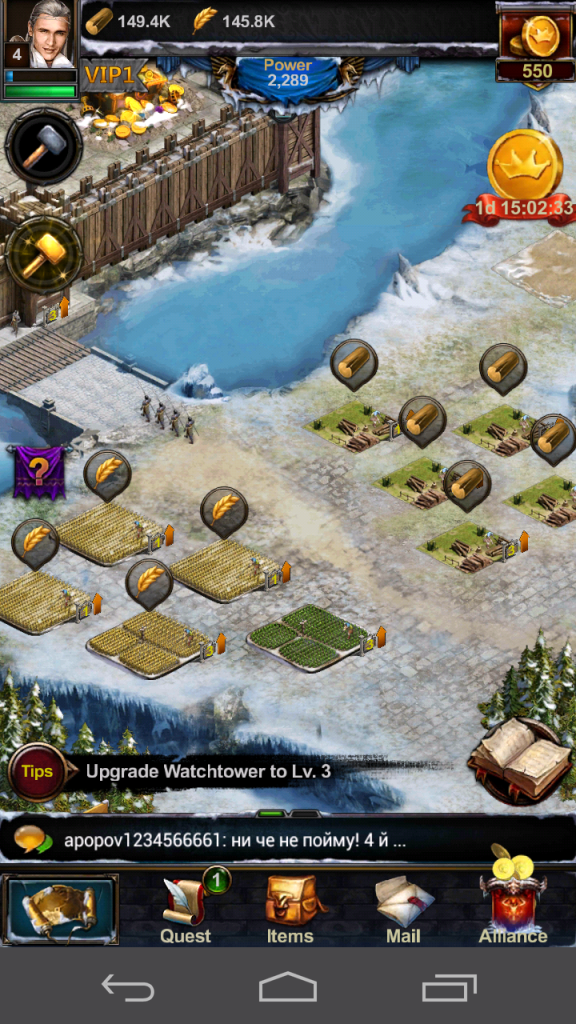 Gold Coins For Speeding Up

Speaking of gold coins, these are the game’s purchasable currency which can be used for a variety of purposes. A good parallel to these would be Clash of Clan’s gems. Gold coins can make the game easier for you but it will also cost you a lot if you rely on it too much.

For now, all you need to do is accumulate these gold coins and never use them even when constructing or upgrading important buildings. If you really want to speed up your construction, training, or upgrades use the speed-up bonus that you’ll be given at the start of the tutorial.

Build You Military Resources For PvP and PvE 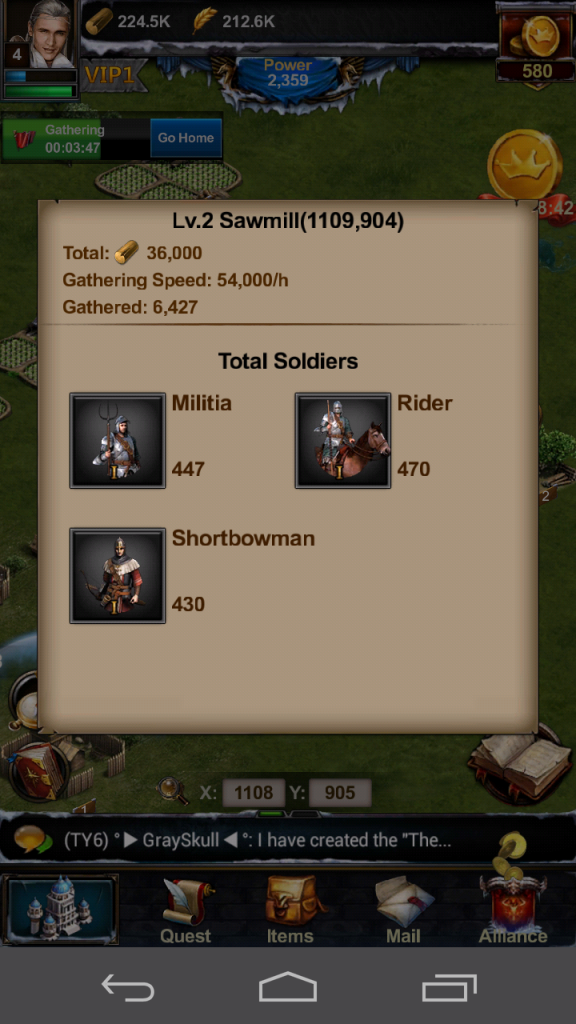 For PVP and PVE, your army is the most valuable resource that you’ll ever have. Unlike the previous resources mentioned, your army can function in a number of roles. You can use your military personnel for attacking as well as gathering resources from neighboring castles and resource points. The three main sources of military personal are the Stables (riders/cavalry), Barracks (militia/infantry), and Range (bowmen/archers). 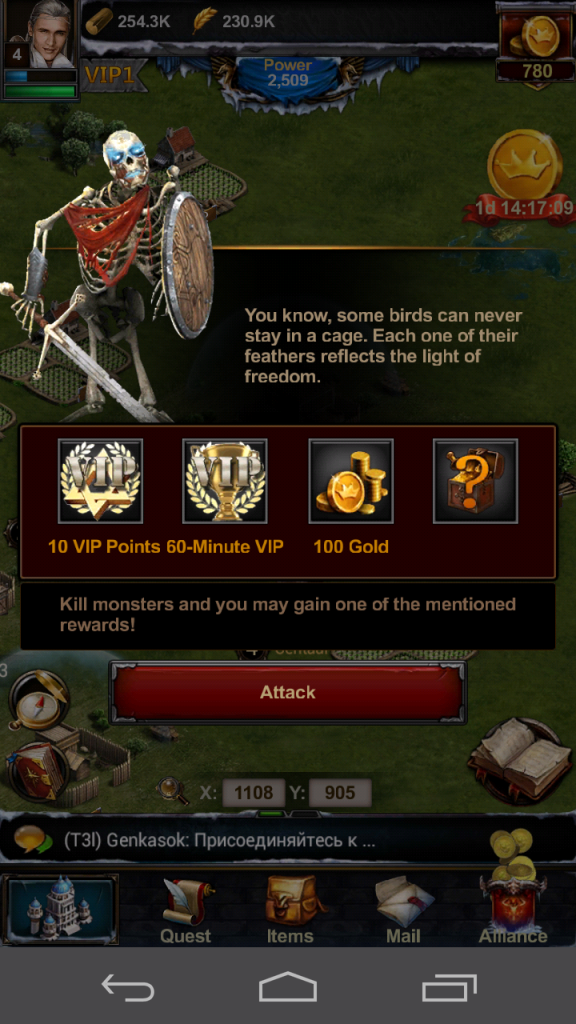 Your Objectives is to Build the Biggest Kingdom

Of course, the main objective is to become the best ruler by building up your kingdom. In this regard, you’ll have to be mindful of your resources since these are crucial to every decision you’ll ever make in this game.

It’s also important to check your mail and items once in a while to see if you have any rewards. Usually, the game will reward you with VIP Points for the first monster of a specific level you kill. 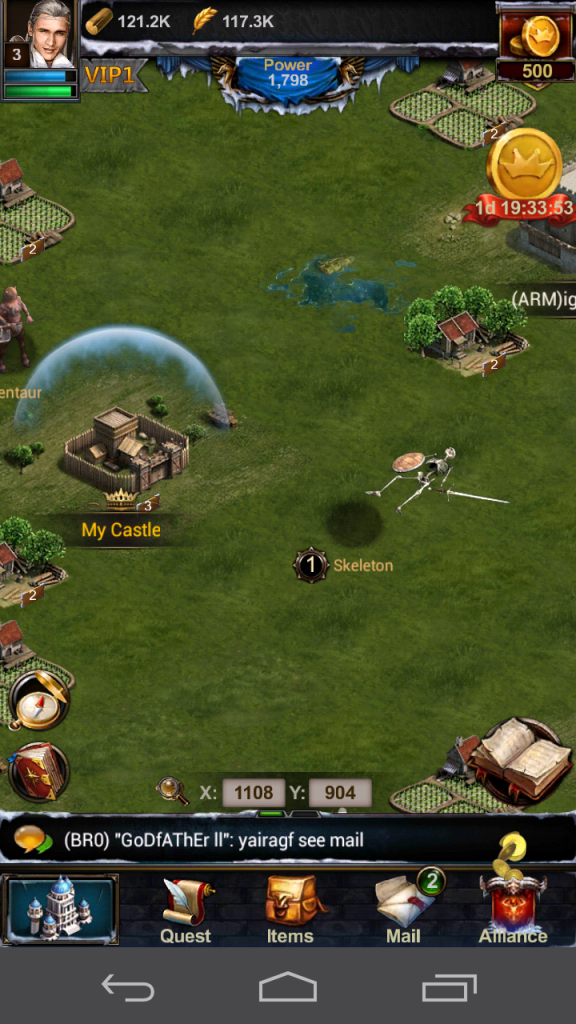 Have anything to add to our short strategy guide? Make sure you hit up the comments sections to share your thoughts and strategies about one of the best games released on the Android and IOS platform this year.