Detective Case and Clown Bot in: Murder in the Hotel Lisbon coming to mobile next week

The retro point and click adventure game Detective Case and Clown Bot in: Murder in the Hotel Lisbon is now coming to mobile on 22nd January, announced by Nerd Monkeys. 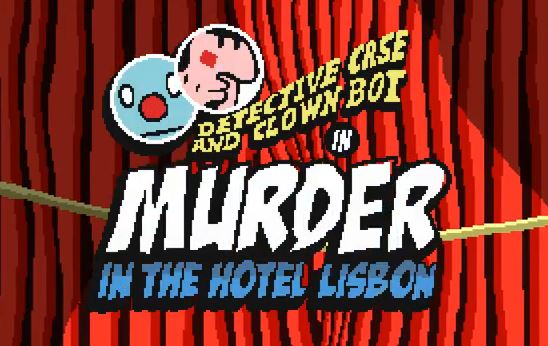 The story starts with a complicated suicide (or murder) case where a man died from 14 stabs to the back while drinking his coffee peacefully in the Hotel Lisbon. The case is simply too complex for Policeman Garcia to solve, this is where your characters, Detective Case and Clown Bot, are hired to do his job.

Murder in the Hotel Lisbon may look like another point&click game to you. But it means something more if you are from Portugal. This is actually one of the first Portuguese games being released on Steam and it has become a landmark in the Portuguese gaming industry.

If you are looking for a casual game play with some mature humor, then it is recommended.