What I really liked about the Game of Thrones book series was the Machiavellian plots and counter-plots George R.R. Martin was able to weave into the story. My problem with it though is that while the books are generally good, they’re just too long.

On the other hand, watching the series is like waiting for winter. You know that it’s definitely coming but you have no idea what to expect since it deviates a bit from the books (although these deviations aren’t discernible if you haven’t read the books beforehand). This brings me to Game of Thrones: Ascent for Android and iOS.

It’s a game built by the fine folks over at Disruptor Beam which has now gotten millions of downloads on both the Google Play and Apple App Stores. 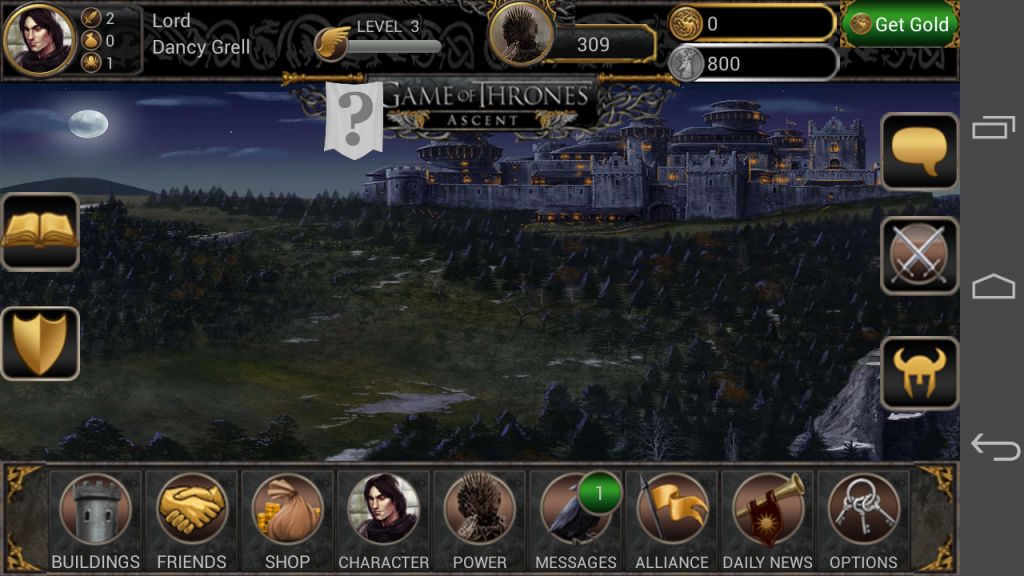 One of the greatest aspects about the game is that it allows YOU to take an active part in the political maneuverings in Westeros. Your story is your own and once you amass both political and martial power, you just might be able to take the Iron Throne for yourself.

Much like the books and the movies, your plans won’t go smoothly here. Although you’re taught the game mechanics with a tutorial, it’s still going to be your decisions that will shape your future in the game.

To help you, we’ve prepared a walkthrough and guide for how to best go to Level 55.

Game of Thrones: Ascent is similar to the books that it is based on partly due to the fact that it is divided into chapters. How you interact with the NPCs (Sworn Swords, Maesters, and others) in these chapters determine your attributes and your background.

This is also one reason why it’s important that you pay attention to your decisions when playing the game. You can always check on your prior decisions by going to the Lorebook but these can never be undone. Make sure to follow the first couple of chapters (the Prologue chapters) carefully as these are dedicated to teaching you about the game mechanics and setting up your background. Try not to do any unnecessary questing or adventuring until you reach Level 5 or finish the Prologue.

Leveling Up and Power Points

Now, for someone who grew up playing RPGs I had a hard time understanding how to level up in Game of Thrones: Ascent. I didn’t realize that all that I needed to do was to finish the quests and chapters. It doesn’t necessarily follow that players with high levels would also have high Power Points (these aren’t mutually exclusive though).

In order to understand leveling and Power Points better, make sure that you complete the tutorial during the Prologue.

Choosing Your Background and Fealties 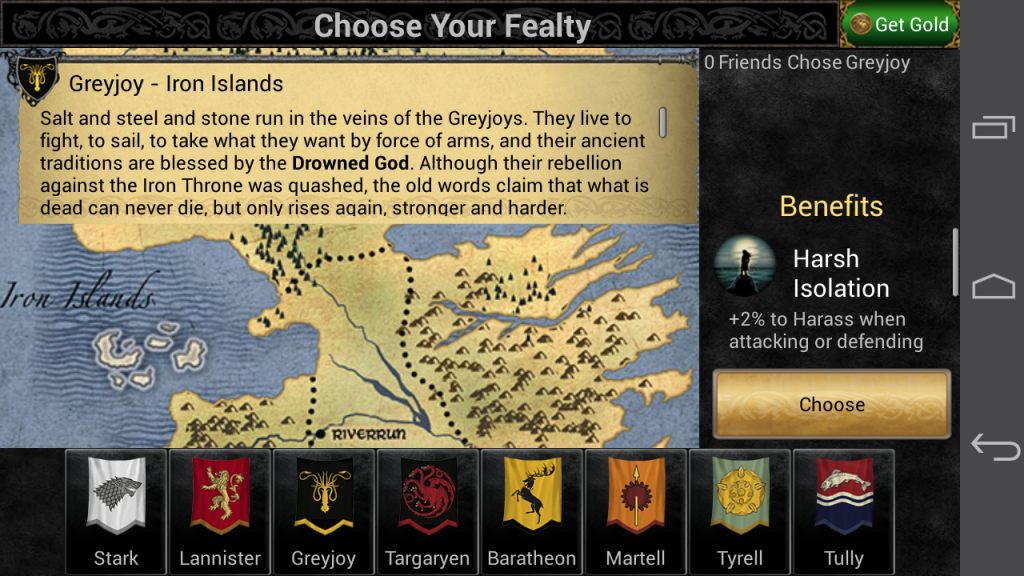 You will be asked to choose a background for yourself sometime during the game’s tutorial. You’ll need to take note of your decision here because this will come in handy once you’re asked to choose fealty to a House. The background of your character will play a large role in determining his abilities.

In my case, I chose to be a Fosterling and aligned myself with the Starks to boost my Battle Talents. The great thing about Fosterlings is that they get bonuses from swearing fealty to almost all (excluding the Tullys and Tyrells) of the Great Houses. As a Fosterling your best bet would be to align yourself with either the Targaryens or the Greyjoys if you want to have 3 complimentary bonuses. The game usually shows the bonuses you’ll get with your Background once it asks you to choose a Fealty.

Getting Your Friends to Join

One unique feature of Game of Thrones: Ascent is the fact that you can associate and battle with other players from all over the world. In some instances, you’ll need the help of another player to be able to finish a quest. The best way to deal with this is to have your friends play as well.

If your friends like the Game of Thrones series or books then you should have an easier time convincing them to download this game. Additionally, it also supports cross-platform play so your friends should still be able to play it together with you on Facebook even if they don’t have an iPhone or an Android phone. 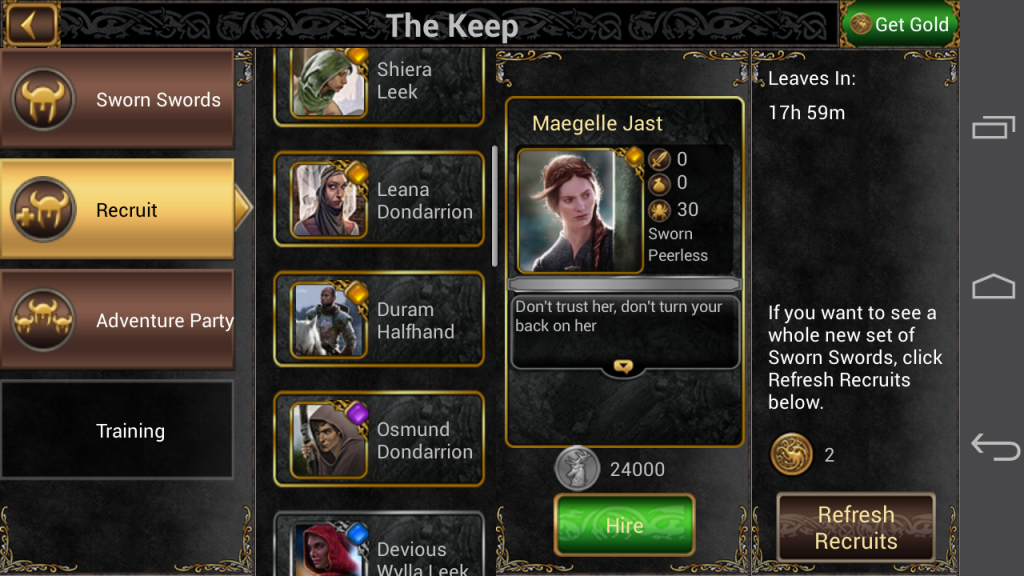 Your Sworn Swords act as your hands and legs in completing important in-game actions (Adventures and Quests). The first Sworn Sword you’ll get is Ser Hugo Flint but after getting his services you’ll have to promote him. Depending on how you fast your Counting House can collect silver, you should be able to recruit two Sworn Swords from the Keep once you’re at Level 5 and up.

Most Sworn Swords cost around 24000 Silver though so it might take longer than that but it should all be worth it once you do get one. Your main goal should be to get 9 Sworn Swords that have different specializations (there are nine total specializations). The reasoning behind this is to ensure that your weaknesses are covered and addressed by the Sworn Swords specializations.

If you have questions about our Game of Thrones Ascent – Walkthrough and Guide hit up the comments section!