GBA4iOS Pokemon Sapphire Cheats for iPone, iPad and iPod – It seems like it was only yesterday when we were playing Pokemon Ruby and Sapphire on our GBAs. Now, Nintendo’s releasing a remake called Omega Ruby and Sapphire this November. Actually, I was just re-playing Pokemon Sapphire on my iPhone using GBA4iOS and I thought of doing something I’ve never done with the game before: cheat. You’ve probably heard of your friends using their Action Replays or GameSharks to get rare or shiny Pokemon, infinite cash, and gain levels quicker. Well, if you felt left out because you didn’t have one of those cheat cartridges then worry not because emulators like GBA4iOS also emulate Game Shark and Action Replay (as well as Code Breaker).

It’s important to know the difference between GameShark and Action Replay codes prior to using them. At some point in the past, Action Replay was actually sold as Game Shark in the US. Cheat codes during this time could be used interchangeably between the two systems. However, with Mad Catz’ acquisition of the GameShark brand the two systems became separate products. All the codes released for one system after the split now became unusable on the other due to the difference in the proprietary software used. What’s good about Pokemon Ruby and Sapphire is that since these were released prior to the split, players can use the cheat codes interchangeably on the two systems.

So to make the long story short, you can use the Game Shark Codes you got from your favorite cheat site on the Action Replay option for your GBA4iOS, and vice versa. The only codes that you can’t use interchangeably for Pokemon Sapphire are those for GameShark SP which are similar to Code Breaker codes. Although GBA4iOS also supports Code Breaker, the GameShark/Action Replay codes are generally considered better and are also easier to find online.

Some GBA4IOS Cheat Codes That You Might Want To Try

If you’ve already downloaded GBA4iOS on your iPhone or iPad, then make sure to load up your Pokemon Sapphire rom and try out the cheat codes below! If you haven’t downloaded the app yet, then you probably didn’t go through an awesome childhood. Don’t worry it’s not too late though.

One of my favorite cheats in the game. This allows you to walk through any physical barrier that is blocking your path like houses, trees, and even water (Jesus!). 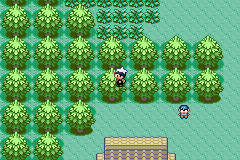 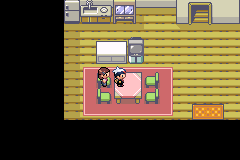 Get Lugia, Ho-oh, and Celebi

Why would you have to go through all the trouble of playing through the whole game when you can just get the big hitters on your first random encounter? The first thing you’ll need to do is to make sure is to remove all your current cheats. Once you’re done with that load your Pokemon Sapphire rom again and choose your last in-game save (not the emulator save state). You’ll then need to input this two-line master code to enable the random encounter with one of the three Pokemon mentioned above:

Once you’re done with the master code, proceed to these Pokemon-specific codes: 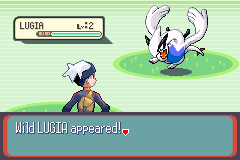 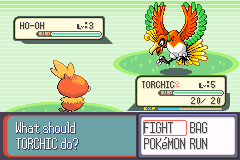 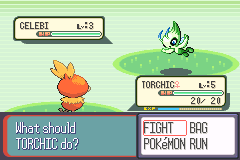 Make sure that you only input one line of code at a time or else your emulator might encounter an error.

Can’t seem to beat the three Pokemon mentioned above? Well, the infinite HP cheat should allow you to beat (the correct term might be outlast) any Pokemon in the game. This only works with the first Pokemon in your line-up though.

Additionally, you might also want to check out these codes for some important items you’ll need throughout the game:

If you were using a real GBA and not an emulator, then the GameShark is probably the safer bet. However, emulators like GBA4iOS have exceeded the limits of cheat cartridges. If you used the cheat codes (Walk through Walls, and Pokemon encounters) mentioned above on a GBA with either the GameShark or Action Replay, you’d have to go through a rather lengthy process to get them to work. Using either type of codes will result in the same

Hopefully we’ll all be able to play Pokemon Omega Ruby and Sapphire on our iOS devices using emulators one day. While we’re waiting for these remakes to release this November, let’s wax nostalgic with the originals through GBA4iOS. Regardless if it’s your first time playing Pokemon Sapphire or your 100th, using cheats will make the experience more fun and enjoyable. Take note that the codes mentioned above are for the GameShark/Action Replay version 1.2 software. You’ll find a wide selection of GBA4iOS Pokemon Sapphire cheats codes for both Action Replay and Gameshark on the internet so just be sure to try them all out. Of course, if you’re a purist you can always play the games as they were meant to be played: without cheats.