At first glance, you might think that Marvel Contest of Champions is a cash-grab. It’s a mobile game that has in-app transactions and a not-so high rating on the Apple and Google Play Stores. It’s definitely a cash-grab, right? Sometime during my playthrough of the game, I realized just how fun it was. It does get grind-y the more you play but for a mobile title, Marvel Contest of Champions was able to convince me that there is hope for mobile gaming.

If you’re planning to download and play the game though, you might want to check out the guide we prepared first. Much like any game, you’ll need a bit of luck, strategy, and skill to be good at this game. Make no mistake about it, our guide won’t get you that 4 Star Punisher. However, we’re sure that it will help improve your odds at winning in actually getting good at the game. 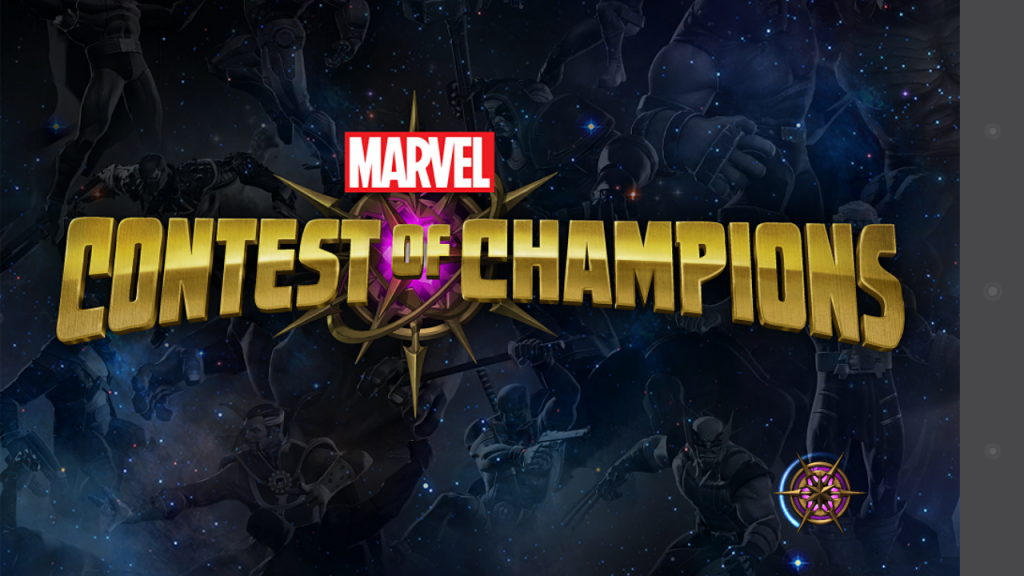 In Marvel Contest of Champions, heroes and villains in the Marvel universe get transported to a mysterious realm by Kang the Collector. It is your job to help solve the mystery of this realm using the Champions (both heroes and villains/anti-heroes) you collect as you progress through the story.

The Meta Game: Tiers and Classes

The game uses a 4-tiered system to indicate how strong a Champion is. At the lowest rung of this tier are one-star heroes. Initially the player is given two one-star heroes (in my case it was Hawkeye and Spiderman) to start off the story. Don’t worry though because you’ll be given a shot at a 2- or 3-star Champion every 24 hours for free.

The caveat is that it’s completely randomized so you won’t be able to choose the Champion that you might want. You can rest easy once you get at least three 2- or 3-star champions. The only thing you’ll have to worry about would be which champion to use. 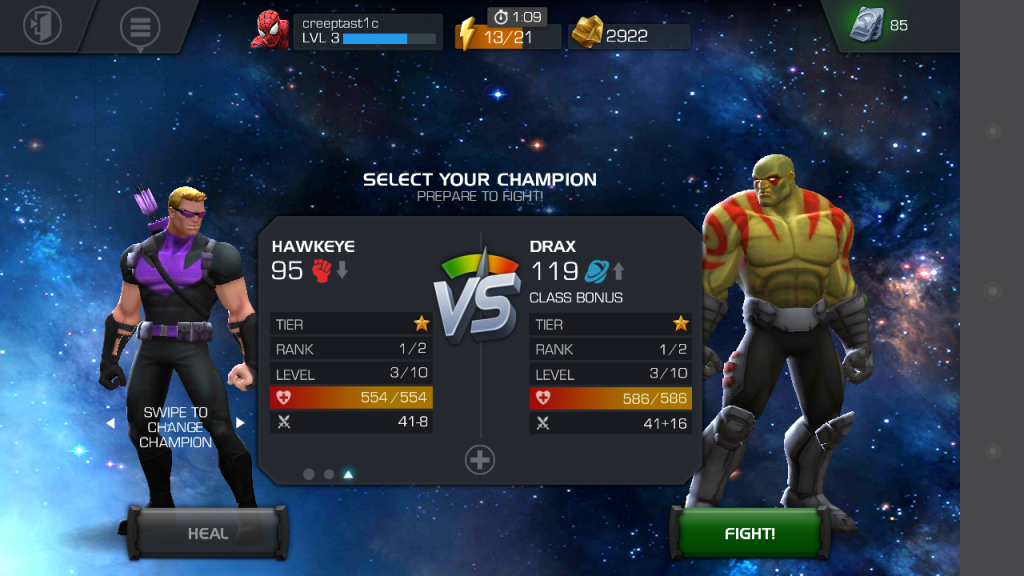 To balance the roster of Champions, Kabam implemented a class system. Champions of a certain class can be strong against another class and weak against yet another. You could liken this meta-game to something like rock-paper-scissors only you’ll be dealing with 6 different classes.

If you want to know which class your particular champion will have an advantage against, then you need to refer to this: Skill > Tech > Mutant > Science > Mystic > Cosmic > Skill. Knowledge of this meta-game might not be beneficial with your first quest or PVP battles but you’ll soon realize how important this can be when going up against higher-tiered Champions. 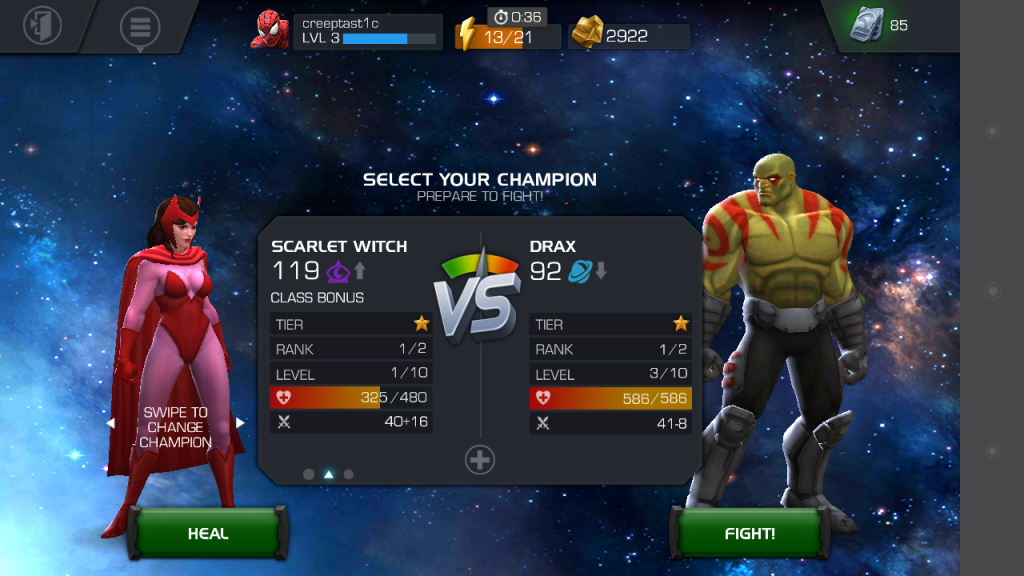 Don’t expect an exceptionally deep or complicated combo system when playing Marvel: Contest of Champions. Although it is a fighting game, it is a mobile game first and foremost. The controls are pretty limited due to the fact that the game was designed for smart phones.

However, this doesn’t mean that it’s any less challenging (or enjoyable) than the classic fighting games (Street Fighter, King of Fighters) you might have played growing up. 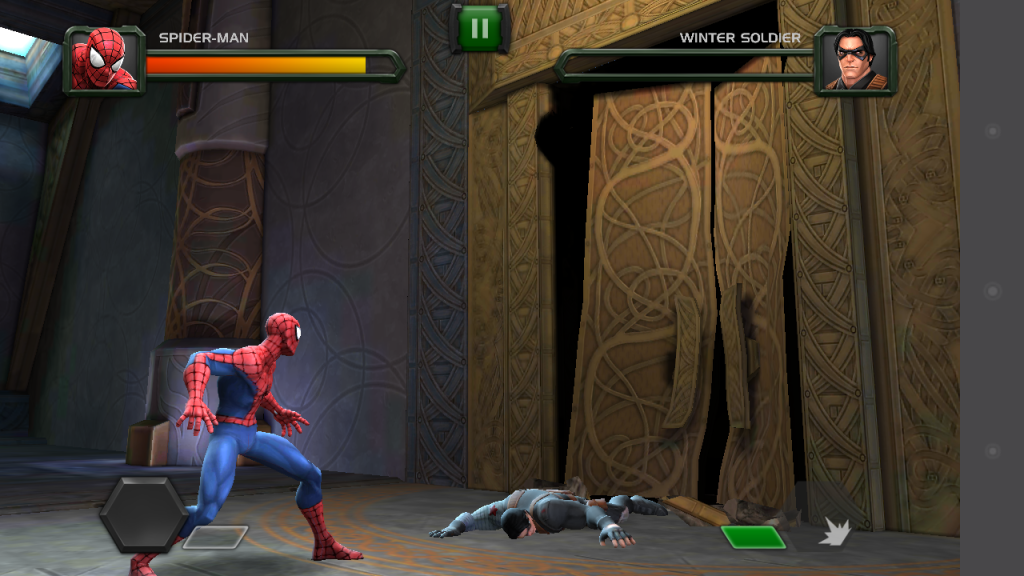 Earlier, I talked about the classes meta -game and how one class can gain advantages with the right match up. Don’t take this to mean that your Skill Champion will get beat by a Cosmic Champion every single time though. It’s going to be an uphill battle for you but there’s still a possibility of you winning. You’ll just have to make sure you know when to block, evade, and attack.

For fights against Champions of the same tier, what’s important is that you initiate the attack first if you have a class advantage and to block when you’re the one at a disadvantage. If you are initiating, make sure to use a dashing attack followed by normal attacks.

When you’re defending, wait for your opponent’s attack to stop and immediately use your normal followed by a dash attack. Take note though that defending will usually result in chip damage so it’s also important to evade attacks by back dashing.

This is particularly effective for those times when you can’t afford to have your Champion’s HP (hit points) go any lower. If you want to play safe then you can go ahead and start off every match by blocking but be reminded that turtling tactics can only get you so far. 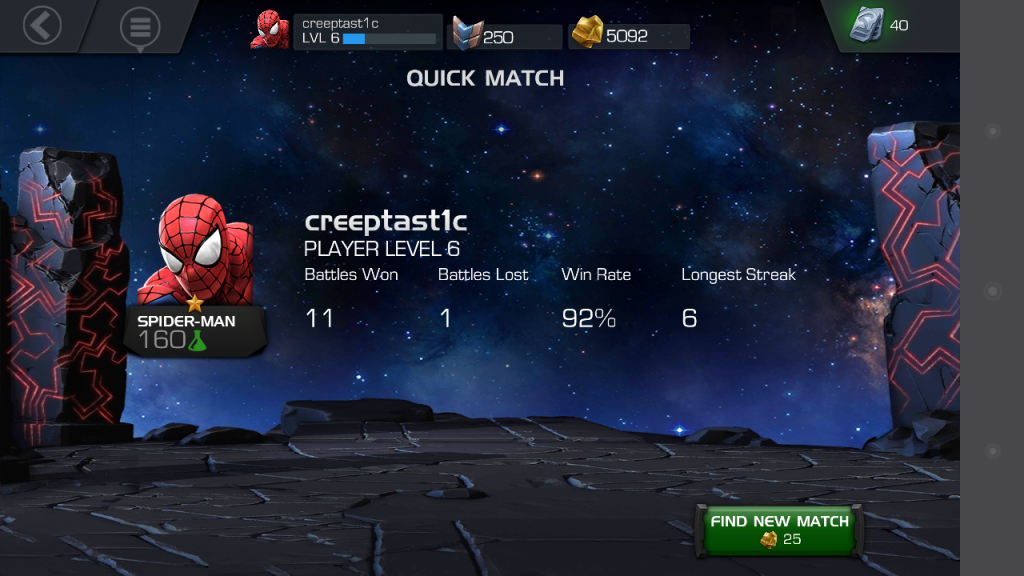 The game rewards those who play aggressively, as evidenced by my record.

How to Upgrade Your Champions

Other than the meta-game, you’ll also need to stock up on items for upgrading your Champion’s level and rank. These upgrades are important whether you just want to quest or when you’re playing against other players. Before you start any upgrades though, you’ll need to have the required amount of ISO-8 (obtained during quests) and gold (obtained in quests as well as PVP).

Catalysts on the other hand are required for increasing a Champion’s rank. You’ll want to use catalysts for your one-star Champions once their levels are maxed out. Doing so will unlock their rank 2 special moves which should be helpful when playing against others in Versus Mode.

How Do You Get Crystals

You get a Crystal every time you finish a quest or when you defeat another player in PVP. Quest Crystals contain items such as Gold, ISO-8 (needed for Champion level upgrades), Battle Points, Potions, as well as Energy (needed for quests). 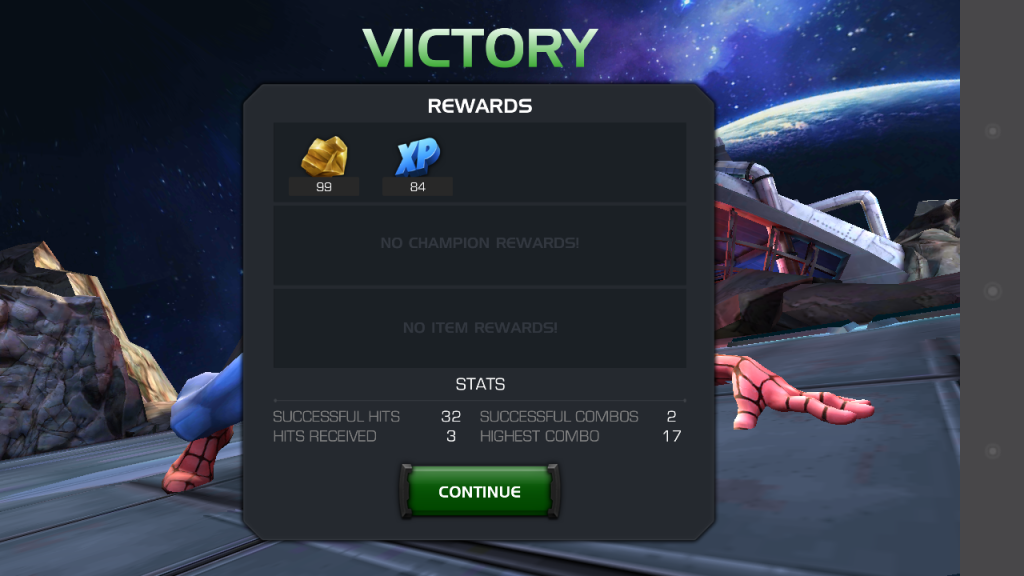 There are also Crystals that contain Champions which you can buy using Units or Battle Points. Units can be purchased at the Units Store or acquired through completing quests.

On the other hand, Battle Points are obtained randomly from the Crystals you get in Versus Mode when you win against other players. The most affordable Crystal that you can get is valued at 50 units and is guaranteed to give you a one-star Champion.

If you really want a Champion who can be useful, I suggest foregoing the 50 Units Crystal and instead getting the Premium Hero Crystal valued at 100 Units. This guarantees a 2-star Champion with a chance at either a 3- or 4-star Champion. Aside from these, there’s also the Arena Crystal which you can purchase for 2000 Battle Points. This Crystal is also the only one that can give you a shot at getting a 4-star Punisher.

Units are extremely expensive so make sure to log in every 24 hours to get a free Crystal Pack that you can use to get a Champion. The only drawback with this is the fact that you can’t really choose who the Champion is or his/her tier. Aside from the 24-hour Crystal Pack, there’s also one that contains consumable items and gold. In order to get these, players will have to log in every 4 hours. 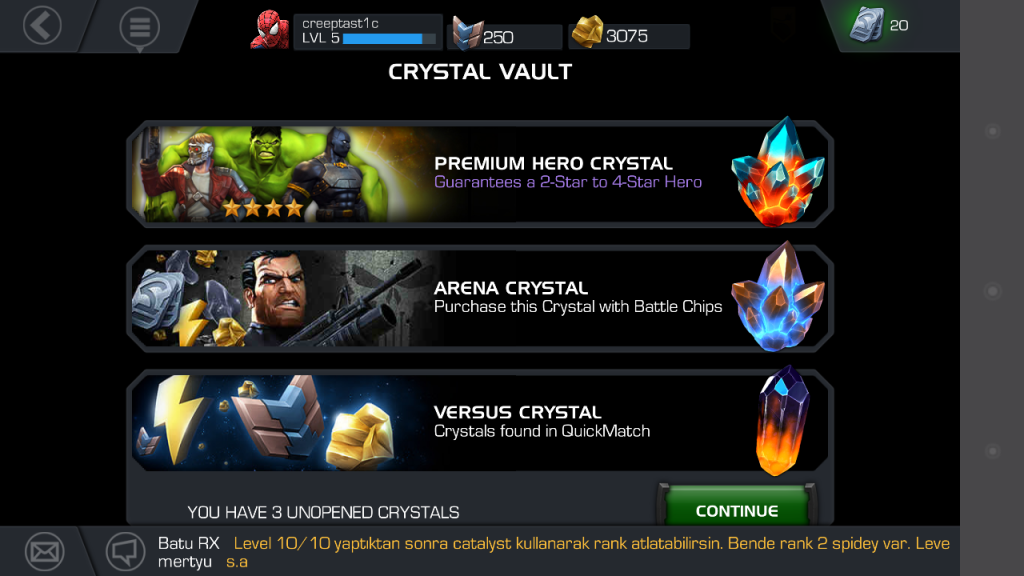 Do you have any strategies to share for Marvel: Contest of Champions? If yes then hit up the comments section below!