Compared to FireRed or Ruby, Pokemon Emerald is one of the games in the Pokemon series (especially the third generation) that has the least ROM hacks based off of it. This is why I was pleasantly surprised when I came across Pokemon Glazed. At first I didn’t think much of the game and thought that there wasn’t anything special to it. However, I began to realize that it actually had a story that wasn’t boring as well as challenging yet engaging gameplay. The version that I played was downloaded off of the creator’s post in the PokeCommunity forums. It took a while for me to patch the game since it used a different type of patch file as opposed to other ROM hacks that I’ve played recently (Liquid Crystal, Dark Rising, etc…). 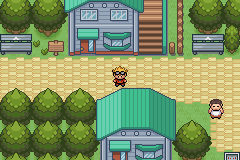 Unlike Pokemon Ruby and FireRed based ROM hacks, the cheat code guides available for Pokemon Emerald isn’t really as impressive or as detailed. And since Pokemon Glazed happens to be a ROM hack, there is also the issue of whether the Pokemon Emerald cheat codes will actually work or not. Although this took me a while, I was able to come across some cheat codes that actually worked for me. If you want to know what these are then make sure to read further.

Before you input your favorite cheats make sure to enable this master code first. In my case, I made the mistake of not enabling the Master Code first which resulted in my game coming to a grinding halt after using the Walk through Walls code. 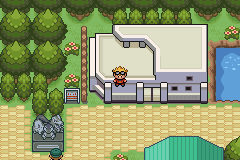 As mentioned above, always make sure that the Master Code is activated prior to using this cheat code. If it looks like it’s not working, make sure to save your game first (via save states) and then re-load the saved state. You should then be able to walk through almost any obstacle in the game. 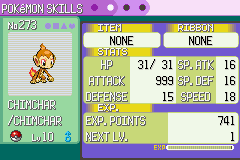 This will cheat code boosts the attack power of any Pokemon who happens to be on the first slot for your team resulting in one-hit kills. This should make battling Pokemon trainers as well as Wild Pokemon (up to 5 levels higher than your own) faster and more efficient. 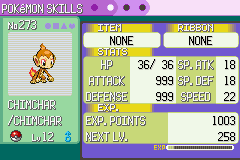 You’ll find this cheat code helpful when you’re up against Pokemon ten or twenty levels higher that have attacks that can one-hit kill your own Pokemon. Like the Max Attack code, this will work for any Pokemon so long as it is on your team’s first slot.

Have All Poke Balls 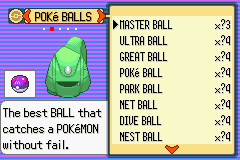 Don’t worry if your screen pixelates or looks weird when enabling this code. Once it’s enabled go back to your game and walk around a couple of times. You’ll then have to disable the code and go through a door or fight a random battle with a trainer or wild Pokemon. Once the battle is done, check your bag and you’ll find all the Poke Balls in the game for you to use.

These CodeBreaker Pokemon encounter codes have been proven to work together with the GameShark/Action Replay codes listed above. 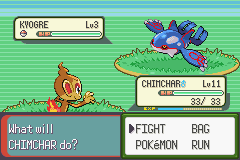 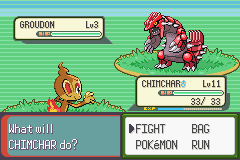 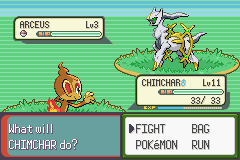 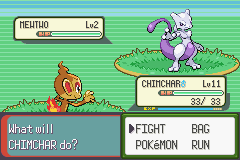 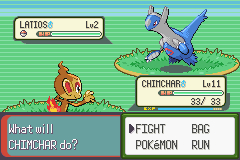 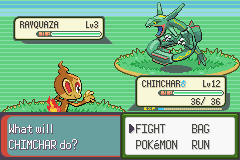 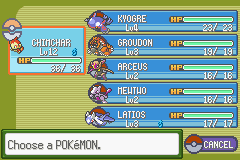 My only gripe with this game is that it might take a while for you to get used to its difficulty. The fact that I had to resort to using the Max Attack and Max Defense codes says a lot about how difficult Pokemon Glazed can be.
It might take a while to get your cheats in order since you’ll need to input master codes but once they’re set, it’s all a matter of playing through the game.

If you know of any working Pokemon Glazed cheat codes for GBA4iOS then make sure to share it with us by heading to our comments section.