Most people will probably remember the English version of Pokemon Quartz for its wacky mistranslations and grammatical errors. To be honest, I had a hard time buying into Pokemon Quartz after finishing Pokemon Snakewood. For one, the first couple of minutes of the game made me feel like I was just Pokemon Ruby only with slightly different Pokemon (fakemon) and some alterations to the story.

However, once I got past this issue I was actually able to enjoy the game for its gameplay and story. Was it more enjoyable than previous ROM hacks I’ve played? Not really, but for me it didn’t really suck mainly because it provided me with a change of pace. 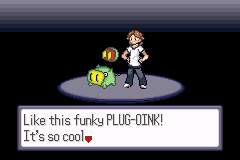 Most of the time, ROM hack creators would choose Pokemon FireRed as the parent ROM for their hacks. In the case of Pokemon Quartz, its creator went with the older Pokemon Ruby instead. However, if you’re expecting the game to have the same Pokemon as its parent then you’re in for a surprise. To avoid issues with Nintendo, the creator opted to change all the Pokemon’s sprites and movesets. This means that you’ll have a hard time using your Pokemon encounter cheat codes for this ROM hack.

So You Can’t Use Cheats?

Fortunately, it’s still possible to use cheats for Pokemon Quartz. You’re limited to some very basic ones though and of course I’ll be detailing what these are like always. So if you’re ready then grab your iPhone or iPad with GBA4iOS installed, download Pokemon Quartz, and input these cheat codes before you start playing.

These are some of the cheats that you’ll want to try out first if you want to finish Pokemon Quartz faster. Take note that most of these are the same cheats I used for playing Pokemon Ruby (as well as other ROM hacks based on the game) on my phone. 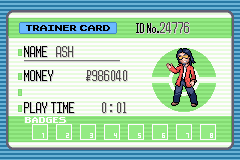 If you haven’t noticed it already, I always include an unlimited money cheat in all of my Pokemon ROM hacks articles. That’s because I believe that it’s one of the most useful cheats you could enable while still playing the game the way it was meant to be played. This is no different with Pokemon Quartz. 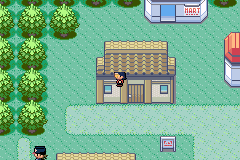 The only thing I hate about Pokemon games are the random encounters and blocked paths. I understand that these features are what make the games enjoyable but that doesn’t mean that I have to like them. With the walk through walls cheat, you’ll never have to worry about these nuisances ever again.

By entering the codes below, you’ll receive 99 of the specified item on your bag’s items pocket. Now there are hundreds of items in the game that are helpful but none that are as important as the ones I listed below. 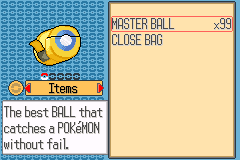 Having problems catching a Pokemon? It’s not good to use just any ordinary Poke Ball. You’re guaranteed to capture any Pokemon on your journey without even lifting a finger using a Master Ball. 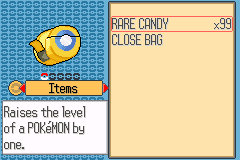 If you’re against grinding to level up your Pokemon then you’ll want to use Rare Candies on them as often as you can. However, Rare Candies are rare and expensive. Well, that is if you’re not using this cheat. Once enabled, you’ll have 99 rare candies on your bag’s items pocket which you can then transfer and then withdraw from your PC (so that you can use them). 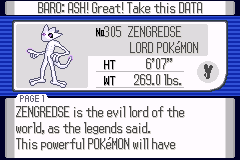 Probably the only encounter code I know that’s worthwhile to use is MewTwo’s. Zengredse serves as Mew Two’s counterpart in Pokemon Quartz and it can become quite formidable once it gets to higher levels (use your Rare Candies to hasten the level up process).

I Want To Hear From You

Have you played Pokemon Quartz yet? What’s your favorite Pokemon and its encounter code (if it has any)? Share what you know about this wacky Pokemon ROM hack down on the comments section now!