Pokemon Ruby Destiny: Rescue Rangers is a gem I came across while playing Pokemon ROM hacks over the Lenten break.

As you might have guessed from its title, the game is part of the Pokemon Ruby Destiny series of ROM hacks. However, the game is worlds apart from other games in the series (or even other ROM hacks in general). This is because instead of letting you control a human character, the game lets you play as Pikachu instead.

Actually, the game reminded me a lot of Pokemon Mystery Dungeon (which was also a game that allowed you to play as Pokemon instead of humans) as well as Pokemon Yellow (you still played as a human but you also get Pikachu for company in your journey).

Are Cheats Available for this Version?

Considering the extensive re-coding done for this ROM hack, it would be safe to assume that some of the available cheats in the game might not work. I did experience some minor issues with the cheats that I enabled but these did not deter from the overall experience.

Whether you’re playing on GBA4iOS or any other emulator, make sure that you always save your game to ensure that your progress won’t be lost in the event that you encounter a crash.

Start with these Cheats 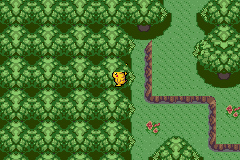 Walking through walls is always handy in this game due to the sometimes maddening amount of random encounters you’ll face. 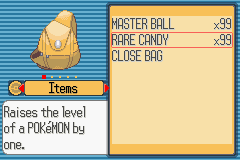 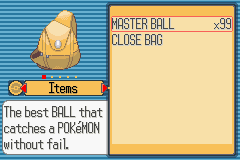 If you’re tired of having that rare or legendary Pokemon escaping from your grasp then you’ll love this cheat. You probably won’t have to wait long before you can completely catch all the Pokemon in the game.

This is particularly important in dungeons where there aren’t that many walls that Pikachu can use for the walk through walls cheat code. 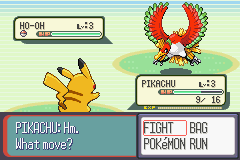 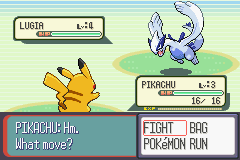 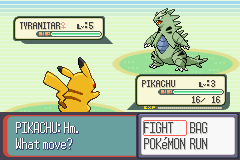 You’re only left with three more Pokemon to capture using your Master Balls due to Chikorita and Torchic already taking up the first two slots in your party. If you wanted to though, you can have Mewtwo take the place of one of them. You’ll still need to level up yourself (as Pikachu) and the two Pokemon mentioned above if you want to advance the story. 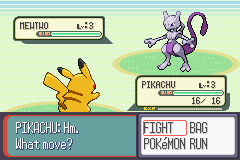 Playing Pokemon Ruby Destiny Rescue Rangers was indeed a fun experience. Out of all the ROM hacks I’ve played up until now (and there have been A LOT of them), this is probably the only one that had me pulling out the cheat codes faster than you could say “Pokemon”. In fact, this is one of the games that I’d actually advocate you to use all the cheats I mentioned above because of how punishing it can get. It also helps that the story isn’t too shabby. Though it might not pass for the real deal, it still gets the Pokemon story and mythos right.

Honestly, a lot of people seem to have overlooked how good of a game Pokemon Ruby Destiny Rescue Rangers is. Pikachu, the difficulty of the game (most probably inspired by the Pokemon Mystery Dungeon games), as well as the sense of adventure I genuinely felt when playing the game on an iPad are probably the top reasons why you should play the game.