Even though it was a bit hard at first, I totally enjoyed playing Pokemon Glazed that I thought of researching about other ROM hacks based on Pokemon Emerald. I eventually settled on Pokemon Victory Fire because the title seemed like it would be cool.

Oh boy was I wrong. I was so hooked that I didn’t even realize I’d already spent a day playing the game. Of course there were some issues that I encountered in the course of my playthrough but none that were really game-breaking.

In fact, I would say that the only major issue that I encountered was when I had to manually patch my copy of Pokemon Emerald since I couldn’t find one online that was already patched. 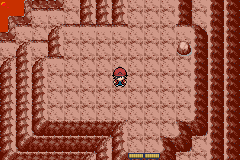 Pokemon Victory Fire also has outstanding support for Pokemon Emerald cheats. There are some encounter codes that might not function properly though since the ROM hack’s creator worked in some 4th and 5th Generation Pokemon into the game.

As with the previous Pokemon Emerald ROM hack (Pokemon Glazed) I played, I had to enable a Master Code for both general codes (Walk through Walls, Infinite Money, etc…) and Pokemon encounter codes to ensure that using them didn’t crash my game.

This needs to be enabled to ensure that your game doesn’t slow down or crash. Remember that Pokemon Victory Fire is still in beta and still has stability issues (not that I noticed any of them though). Also make sure that you save your progress constantly as a pre-caution for when your game does crash. 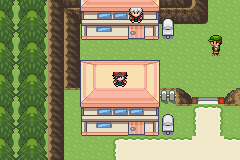 Yeah, I know that this cheat is always present in my Pokemon cheat code articles and you’re probably sick and tired of seeing it. But like I said in those other articles, this is one of the best codes to enable if you don’t want random encounters or if you need to access areas in the game that require you to have your Pokemon learn a specific move like Cut. 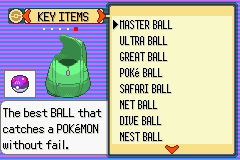 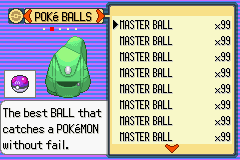 Similar to Pokemon Glazed, this cheat code might mess up your screen. When this happens, all you need to do is disable the code and enter a door or initiate a battle with a Pokemon Trainer or Wild Pokemon. Once the screen goes back to normal you can then check the Poke Ball pocket of your bag and you’ll find all the Master Balls you’ll need. Additionally, you can sell off your near infinite supply of Master Balls so that you can earn money.

Similar to the earlier codes, you’ll also need to enable a Master Code for the Pokemon encounter codes listed below. 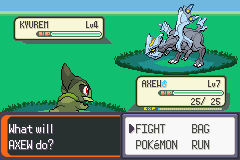 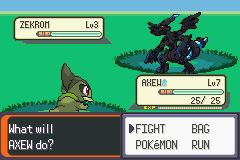 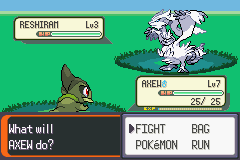 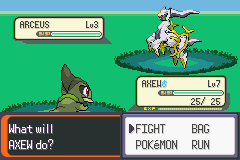 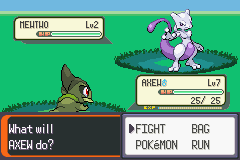 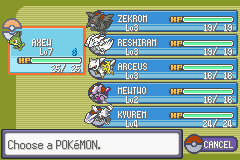 I was actually surprised that the encounter codes I used for Pokemon Glazed worked on Pokemon Victory Fire without any major issues. As a matter of fact, I was able to come up with a powerful team of Legendaries in no time using all of the cheats that I listed above. 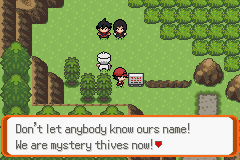 Although Pokemon Victory Fire has serious issues with the character’s grammar and spelling during conversations, I really couldn’t help but like the game. I also appreciated the fact that its creator included numerous Gen IV and V Pokemon in the game (some of which are included in the Pokemon encounter codes section above).

So if you’re raring to play ROM hacks based on Pokemon Emerald, make sure to include Pokemon Victory Fire. You can then refer to the Pokemon Victory Fire Cheat Codes for GBA4iOS and Android emulators that I listed above if you’re in need of some working cheats to help you finish the game faster. If you’re feeling generous you can also share your own cheats via the comments section below.