Eevee is probably one of the most unique and powerful Pokemon you’ll ever get for your team in any of the Pokemon games (or at least the games where it’s available). In this article, we will teach you a few methods to catch the shiny eevee in an easy way.

This Pokemon first appeared during the 1st Generation and now it’s become one of the most popular due to the fact that it has 8 different evolutions.

The evolved form of Eevee or more popularly termed as its “Eeveelutions”, are influenced by a couple of factors. 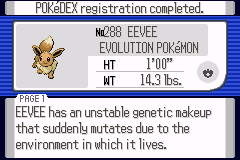 What Are Shiny Pokemon?

In actuality, Shiny Pokemon aren’t that different when compared to regular Pokemon. What mainly sets them apart is their distinct coloration that allows them to stand out. These Pokemon are characterized by the addition of sparkling animation and sound effects (hence the term “Shiny”) when you encounter them in the wild or in battles.

However, the chances of encountering these types of Pokemon are actually quite low. In later Generations, this was remedied by Pokemon breeding (the Masuda method and its variations). It should also be noted that Shininess in a Pokemon doesn’t necessarily equate to it having advanced or special stats. 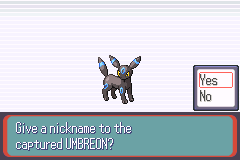 Catching and breeding shiny Eevees have become a lot easier with emulators. However, the Eevees and Eeveelutions that you can get through this method are also untradeable which makes the point of getting them moot. Even if you found a way to trade them, you’ll only get yourself banned by Nintendo. If you’re aim is to just get an Eevee in the non-traditional manner, then using an emulator should just be okay.
There are two ways for you to get a shiny Eeveelution when using an emulator.

In a nutshell, the Masuda Method is a means to increase your odds of getting an Eevee from breeding. However, this method will only work if you can obtain (via trade) a Pokemon from another region. The problem is that most trades can only be made when you’re using a real Nintendo handheld and supported Pokemon game. Well, there is actually a way to get foreign Pokemon even though you’re using an emulator.
All you have to do is get a Pokecheck account and download the foreign Pokemon from there. Once you’ve saved the foreign Eevee or Ditto, load it up on your emulator and have it pair with your own Eevee in the Pokemon Daycare. Now, results for the Masuda Method will usually vary due to the probability. The method will only improve your chances to 1 in 1638 which is actually a lot higher than the original 1 in 8912. In addition, this method will also only work on Generation IV and up.

Using Cheats To Get Shiny!

The other method to get Shiny Eeveelutions is by using cheats. Since you’re using an emulator anyway, why not use the easiest method to get a Jolteon or Flareon?

The only pre-requisite for using this method is your emulator’s support for cheats. In my case I used the GameShark/ActionReplay codes since these were supported by the Android GBA emulator (John GBA) I was using on my phone.

These steps will apply to any emulator regardless of platform.

The first thing I did was enable the Always Shiny cheat code: . This will guarantee that any Pokemon you go up against during random encounters will be Shiny.

After this, I also enabled the Infinite Master Ball Cheat Code. Eevee and its Eeveelutions will most likely resist a normal Poke Ball so to make things easier just catch them immediately with Infinite Master Balls found on the Items section of your Bag. 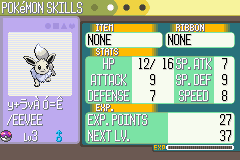 The next step is enabling the Wild Modifier Cheat Code for Eevee. Once this is enabled all the Pokemon that you go up against during random encounters will be Shiny Eevees (their levels will be the same as that of the Pokemon that are normally found in the area).

It’s important to name your Eevee once you’ve caught it though since the game will automatically rename them randomly (as shown in the picture).

You can also forgo catching Eevee and focus on catching its Eeveelutions right away. For Pokemon Sapphire and Ruby on the GBA emulator, there are only 5 available Eeveelutions: Vaporeon, Flareon, Jolteon, Espeon, and Umbreon. If you want to get Leafeon and Glaceon, you’ll need to use an NDS emulator and the Masuda Method mentioned above.

Here are the Wild Modifier Cheats for the Eeveelutions in Pokemon Ruby and Sapphire: 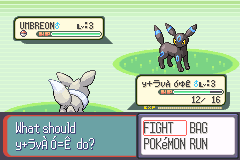 With that you’ll have your own party of Eeveelutions to beat any trainer, Gym Leader, or even Legendary Pokemon.