I’ve recently been playing Star Girl and I just realized that the game is actually quite complicated. Therefore I decided to write a Star Girl cheats and walkthrough guide to help your star career.

Aside from the fact that I’d have to flirt around with as many celebrities as possible and have them give me stuff, I really still have no idea why I continue to play the game.

It just might be because it’s really addicting and it easily defines goals to the player. I’ve also become a lot more patient as I leveled up my Star Girl. This is by far one of the few games that have taught me the value of that trait.

Anyway, read on further if you’d want to know how to level up and truly become a star in Star Girl. 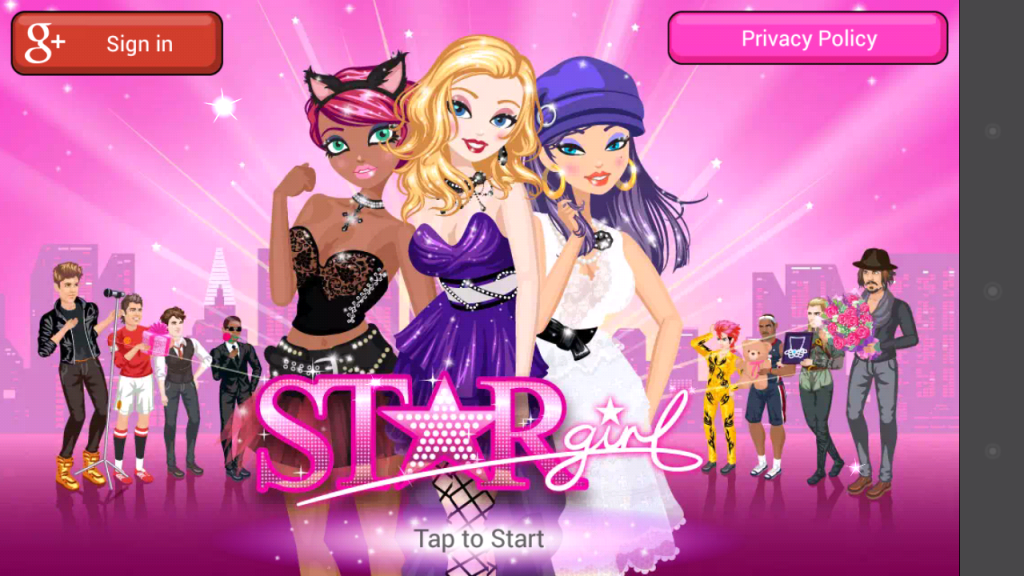 There are a couple of things that you’ll need to remember when playing Star Girl. We’ll start with Quests.

Much like any role playing game, you’ll need to complete Quests to advance the game as well as to unlock other areas. Completing quests is also fundamental for knowing about the various areas of the game and what you’ll find in them.

Depending on the quest, you’re always given various game currencies (Coins, Energy, Diamonds) as compensation for your efforts. This is by far the fastest way to get ahead in the game.

Take note that it is possible to not accept a quest. However, this won’t be a viable option if you really want to go far into this game without spending real world money. 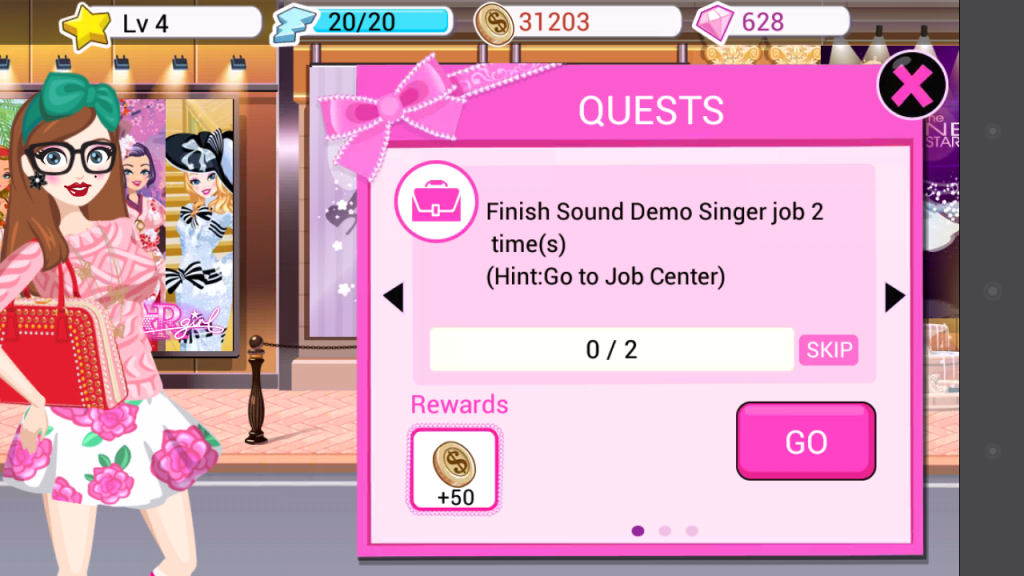 Much like in real life, your girlfriends here in Star Girl will help a lot in terms of completing challenges and quests. Connect your account through Facebook so that you’ll have the benefit of getting more friends to call on when you play the ‘Flirt in First Sight’ mini-game.

Another added benefit of having friends is that you’ll get to have a higher energy limit. This means that you can spend more time playing mini-games like Jewel Blitz that require energy.

Since Star Girls is a free to play game, it does feature in-game transactions that can help you play through the game faster.

If you’re not the type of player who wants to throw money at the game to win, you’re best option would be to conserve your resources/in-game currency.

Although all of them are important, you might want to hold on to your diamonds since they’re usually the hardest to replace. It’s quite easy to get back lost energy since it will replenish automatically after 6 minutes.

Diamonds are extremely rare and are usually only given once you level up. It would be in your best interests if you refrained from using these as much as possible. Allowances can be made for quests of course but never spend more than a hundred.

You’ll need diamonds later on for buying clothes and accessories that can increase your appeal later on. As for coins, these will be discussed separately.

Strategy to Start the Game

I found that the best strategy to employ during my initial playthrough of the game was to follow the quests until I was able to familiarize myself with the game and its various mechanics.

Now, the objective of the game is for your girl to become a star.

How, will you achieve that?

First you’ll need to have clothes that will increase your appeal. Your first set of clothes should be more than enough to get you through the first couple of levels. Make sure that you accomplish all the initial quests and add friends so that you can open up more of the game’s contents. 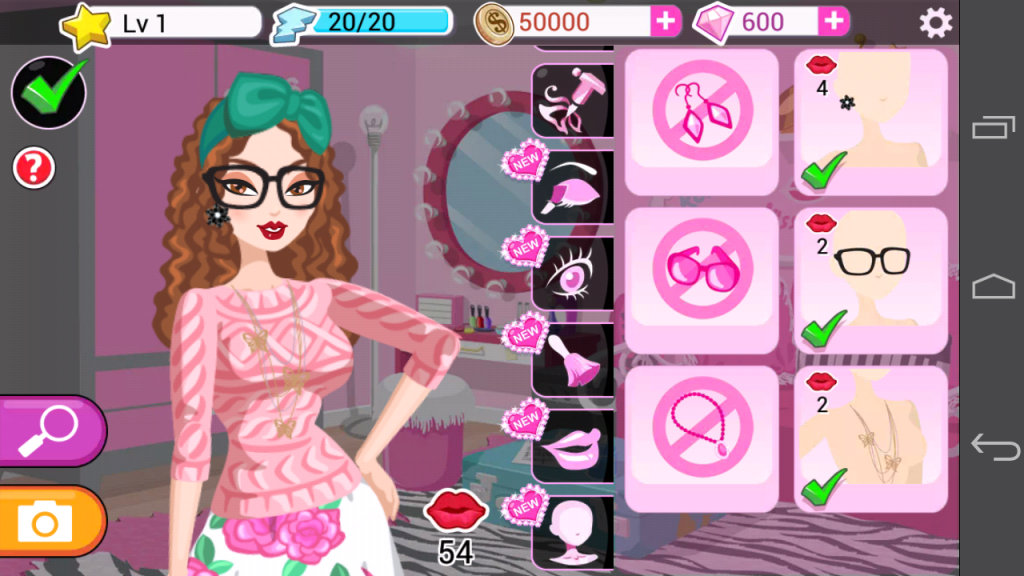 We talked about how important the in-game currencies like diamonds and energy earlier. Aside from those two, another in-game currency that you’ll need to stock up on would be coins.

In order to get coins and stars (for experience and leveling up), you’ll need to take on jobs. Of course quests are possible alternatives for getting coins but they’ll usually give you paltry amounts compared to taking jobs.

Coins are also going to be used mainly for buying clothes that can then be used to improve your appeal and get you boyfriends.

Get Gifts from Boyfriends and Mini-Games 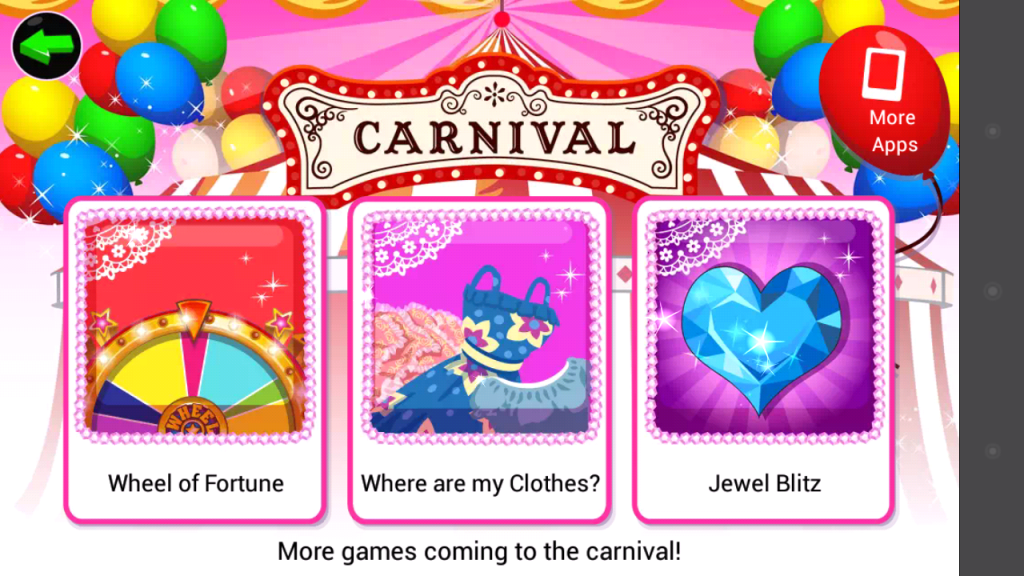 Another way to get clothes and accessories to improve your appeal is by playing the mini-games.

You’ll want to play ‘Where are My Clothes’ and ‘Jewel Blitz’ since they wouldn’t cost you any coins unlike Wheel of Fortune. The great thing about these mini games is that once you 100 percent them, you are then given a random gift.

Boyfriends on the other hand will also give you gifts. It might take a couple of coins and diamonds to get their affection levels for you to get to a hundred percent though.

In any case, that should be a small price to pay for the three gifts that each one will give you. 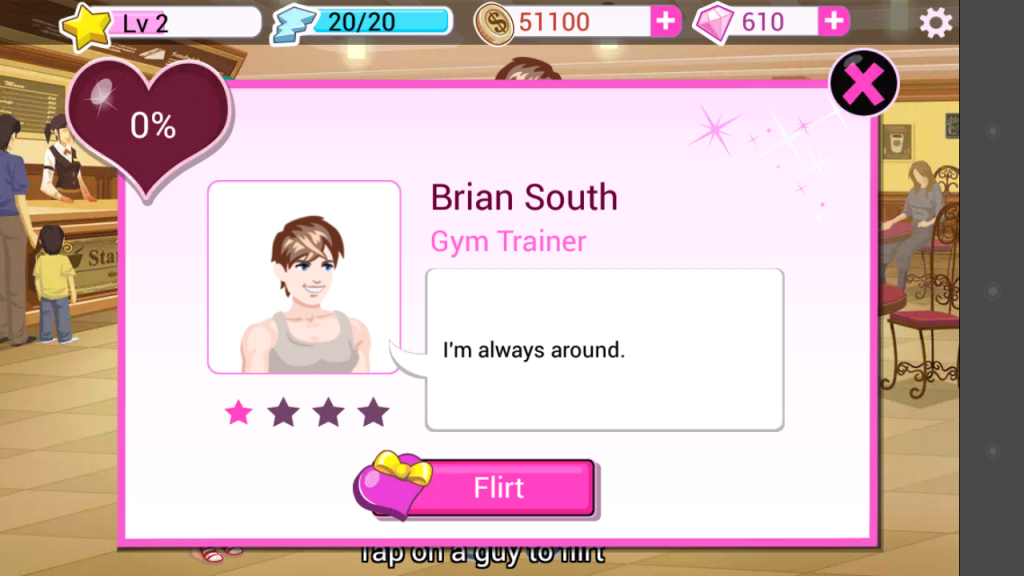 Getting cheats for Star Girl isn’t really worth it. It’s best that you play it with friends so that all of you can become stars!

What’s your Star Girl strategy? Share it with everyone by hitting up the comments!