It is well known that fist-person shooting games are a popular genre when it comes to video games and since then, this type of games has been ported to our smartphones and tablets. Playing shooting games make you feel and think that you’re some kind of a marine commando, or zombie slaying hero, or to some extent, a spy agent, and even an animal hunter, depending what kind of environment you want to prefer playing on. Today’s smartphones are undeniably capable of handling the processing requirements of these types of games especially that shooting games require fast processors and excellent video graphics chip due to its fast pace type of play.

As of today, there are already lots of shooting games for your smartphones to choose from and choosing the best games is not that easy. You have to consider many aspects such as gameplay, graphics, sound quality, story background of the game, and even the level of A.I. of your enemies and sometimes allies. So without further ado, here are my 10 best mobile shooting games for Android and IOS devices. 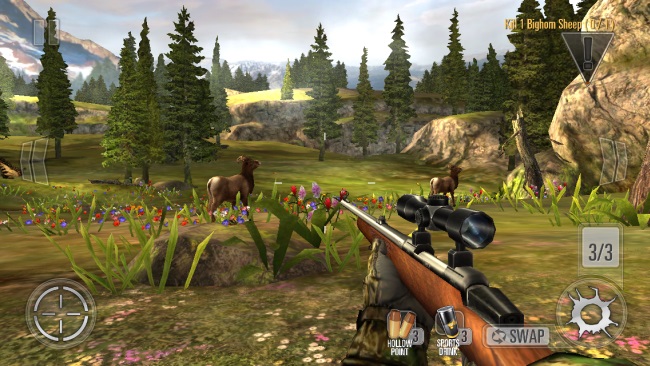 First on my list, we have a hunting slash shooting game. The premise of this game is simple and at the same time challenging. All you have to do is to hide behind a bush or a tree, then hunt down animals such as deer, bear, or even wolves. Sounds simple but this game requires steady hand and accuracy because your mission is not just to shoot these animals but you have to aim at the right spot such as the heart or the head. Not to mention that you only have some kind of one shot because once you pull the trigger, animals run wild for their salvation which will then become more difficult for you to shoot running animals. 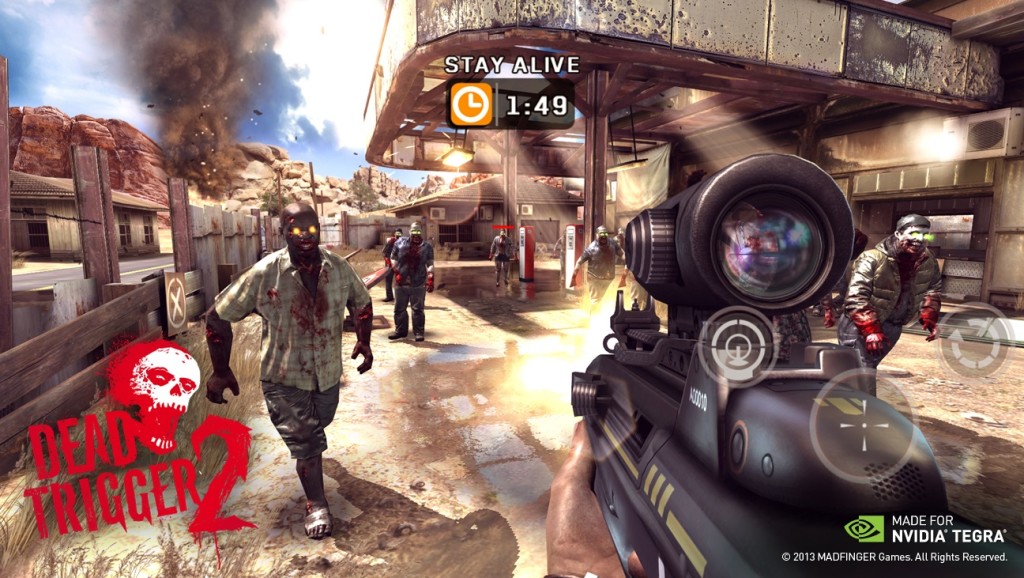 Dead Trigger 2 is a zombie genre shooting game whose graphics astonishes me. The gameplay is simple because you don’t have to aim and shoot at the zombies but all you have to do is just aim and the auto-firing mechanism of the game does the rest. You better not download this game if you are against games that are so violent and gore because lots of blood will fill your screen once you play this game. 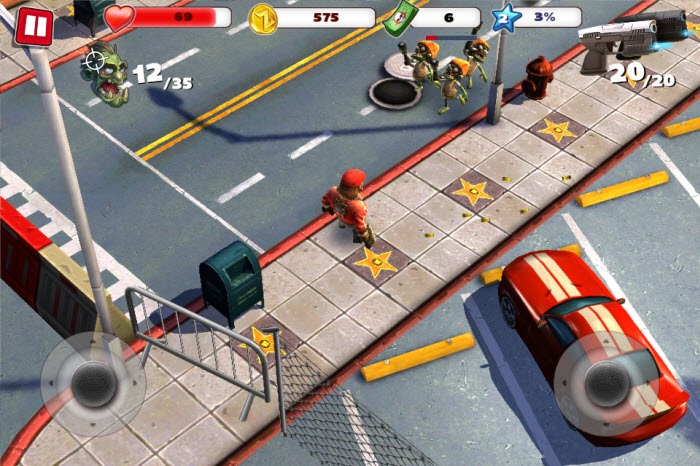 Zombiewood is a dual analog shooter game that focuses on weapon and armor upgrades. The left analog controls your movement while the right analog stick controls your aiming and firing or your weapon. Several levels have different objectives in which I find this compelling and unique. The down side of this game is that this game is very pricey wherein in-app purchases are sometimes needed to upgrade your weapons in order for you to succeed.

N.O.V.A. 3 Near Orbit is a mobile first-person shooting game that possesses great gameplay and graphics. The graphics is amazingly detailed in which you can be immersed in the game. This shooting game also has a wide array of weapons and armor for your arsenal. But the game’s aspect that I have found to hit the spot is the enemy’s A.I making the game very challenging and compelling. All in all, this game is recommended for gamers who like future-themed shooting games. 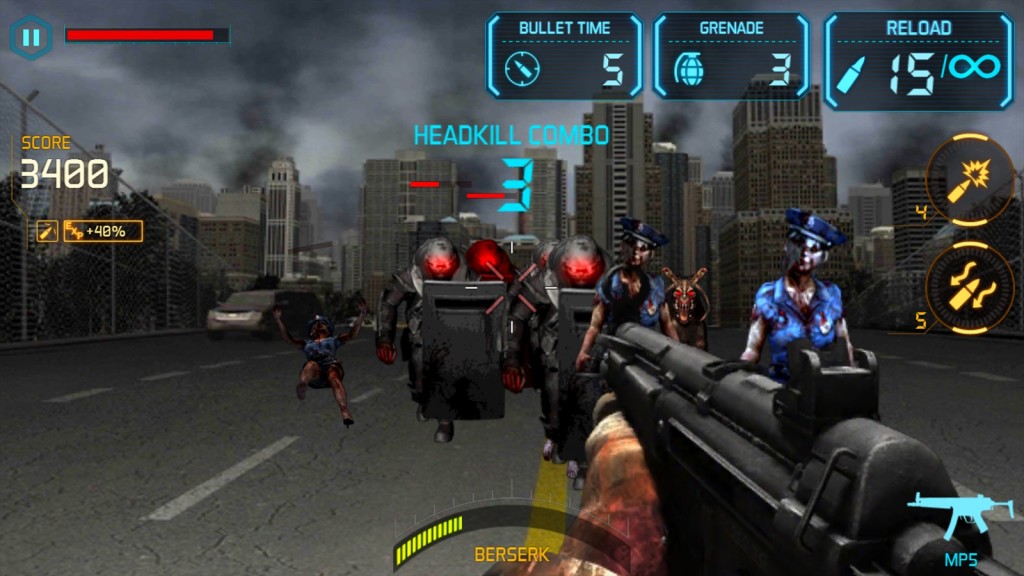 If you like retro-themed zombie shooting games, then this is your game. Even if the graphics are pixelated, you will still get hooked on playing this game because lots of wave of different types of zombies will charge towards you and try to eat you. Playing this game is a fun way to kill some time and all you have to try to do is aim for the head to save as much ammo as needed. 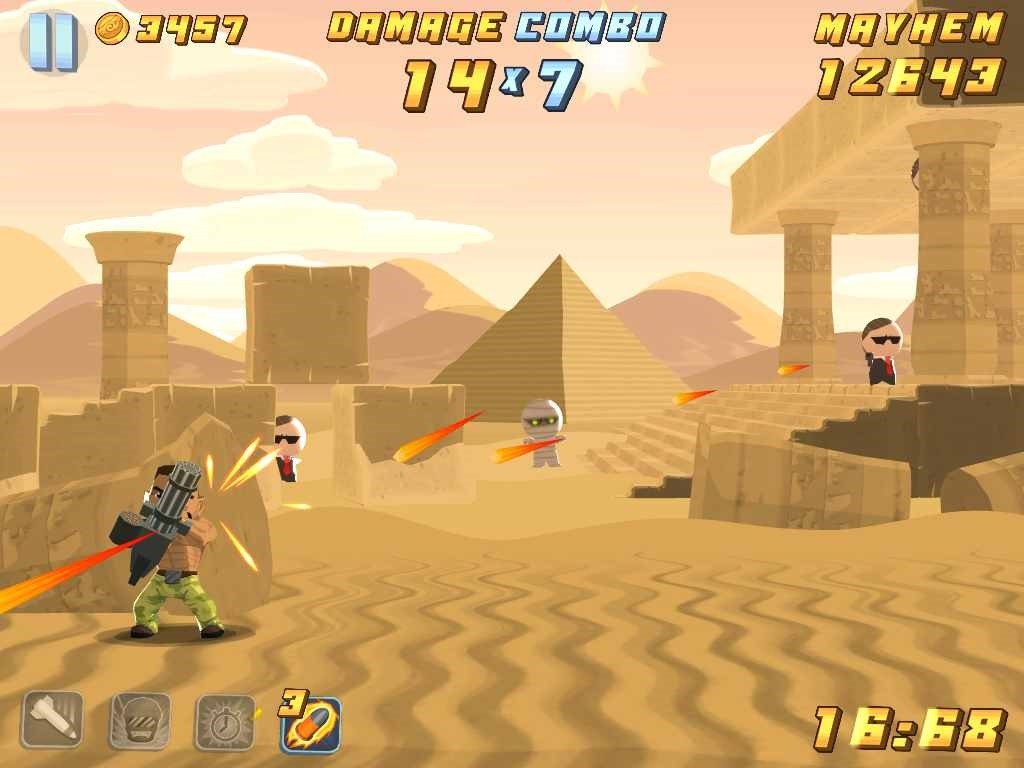 Major Mayhem is a combination of a cover shooting game and a stop-and-pop shooting game. You control a Major in which he is always hiding behind something like a rock, a wall or even a bush. This cartoon style of shooting game is fun to watch and also fun to play. You will then encounter different types of enemies like terrorists, mummies and tanks. I find this game to be repetitive though. 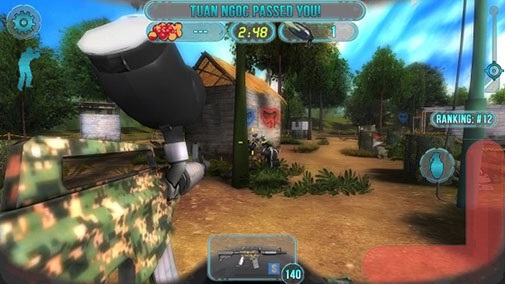 This first-person shooting game focuses primarily on paintball wars. But this isn’t just an average paintball shooting game. This game is much more geared toward hardcore shooter gamers. This is all about customizing your player in terms of guns, air canisters, magazines and your battle gear such as helmets. You should always have a good strategy-making decision as this game also requires stealth and lots of strategy making in order for you to achieve victory against the opposing team. 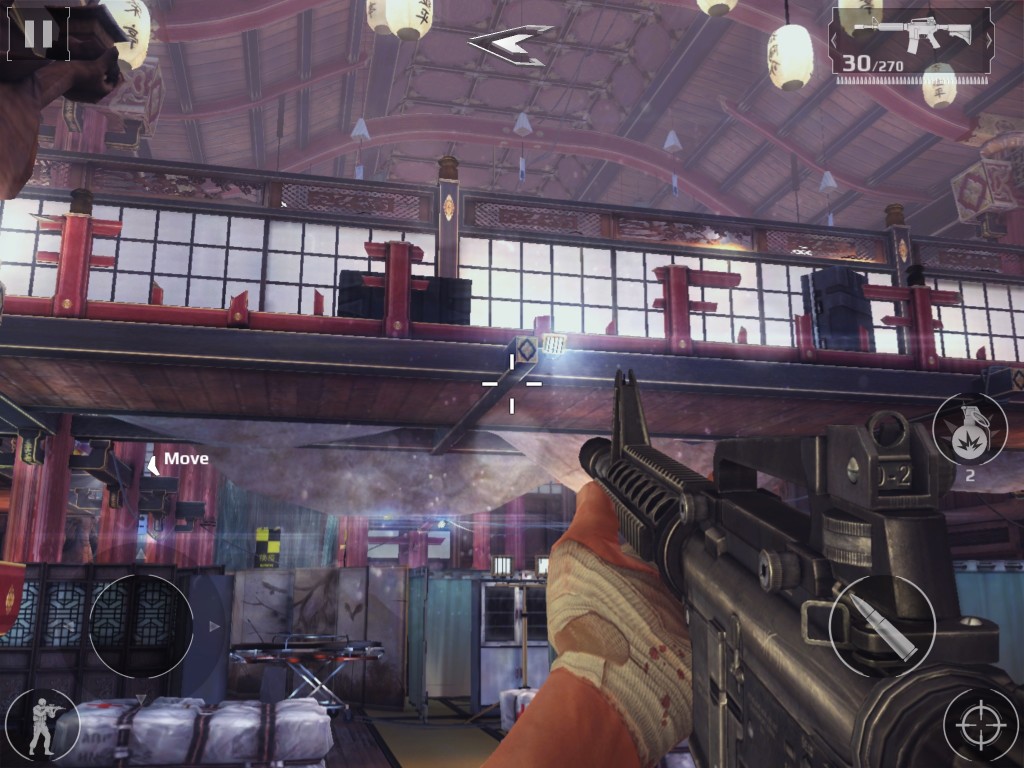 Modern Combat 5 has everything when it comes to being a first person shooting game which is themed on military combat. It has exceptional graphics and gameplay but controls-wise, it is so difficult to play even if auto-aim is enabled. This means you have to use an assistive controller rather than relying on touch screen interface. Another down side of this game is it requires stable internet connection to begin with. 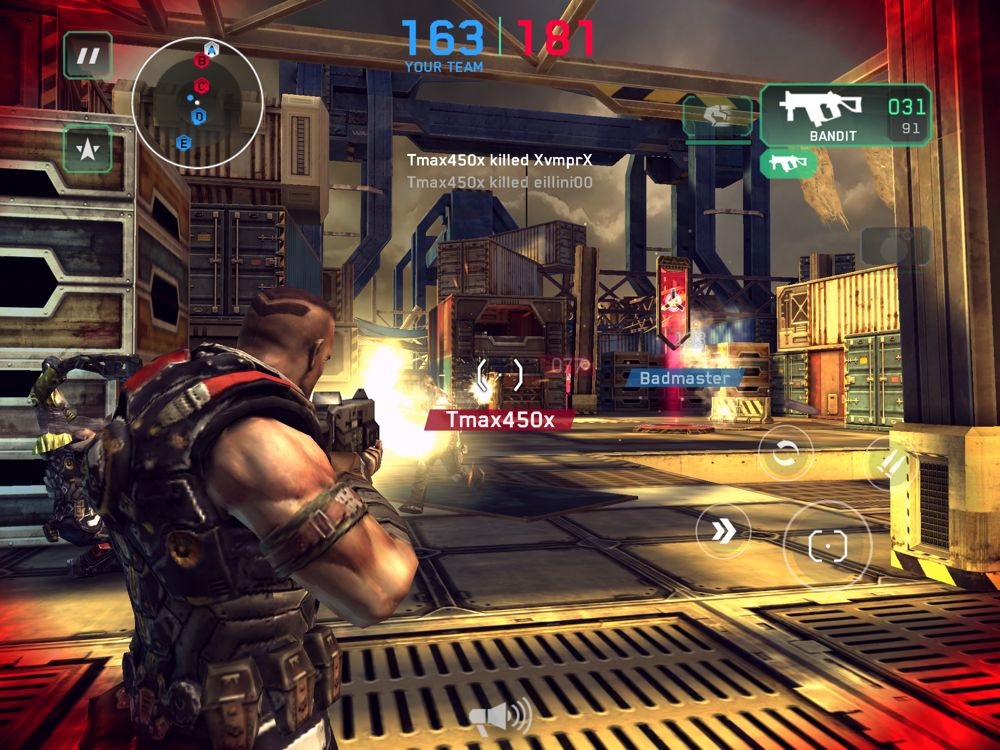 Shadowgun: Deadzone is a third person shooting game that is themed like Gears of War. It has exceptional graphics but this game consumes much of your phone’s memory due to the smoothness of the game. Not to mention that this game also requires 153 MB of free disk space memory. But on the other hand, you can also play in multiplayer mode up to 10 players via WiFi which is very fun and addicting to play with your friends. 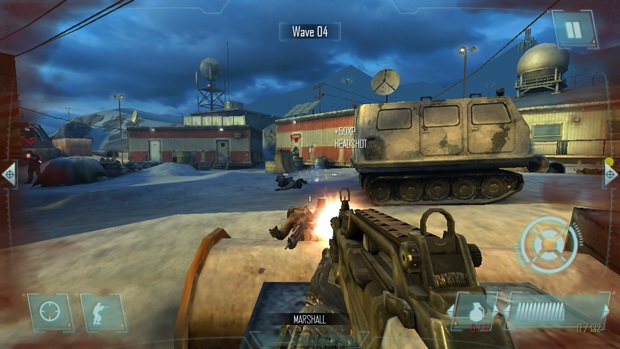 It is a common belief that playing shooting games on a smartphone, whether IOS or Android platform, is a pain in the ass. Many mobile gamers would say that the controls are imprecise, slow to response and the graphics would be very laggy. But not on Call of Duty for which this mobile game is perfected to both IOS and Android phones. This is an intense shooting game which the pace is fast and the controls are very responsive. All in all, this is a first person shooting game that promises gamers the best experience there is to playing a world war themed shooting game.

So there you have it, my personal top mobile shooting games for android and IOS devices. Whether killing zombies for survival or following orders for completing a military mission, your preferences of how good a shooting game still depends on you. So what are you waiting for? Download these games and shoot down those enemies towards victory!