The 12 Best New iOS 8 Features that You Should Know 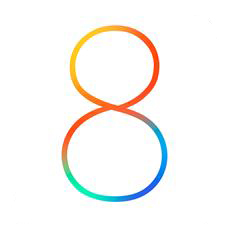 The 12 Best New iOS 8 Features – Apple finally released the new mobile operating system, iOS 8. Apple’s latest operating system can be downloaded for the iPhone, iPad ,and iPod touch. You can get the latest update of the OS if you use iPhone 4S and iPhone devices mentioned higher. However, you have to provide a lot of free storage space in order to install iOS 8. Because, the OS that was first introduced at the WorldWide Developers Conference (WWDC) in last June requires empty space at least 5.7 GB (6.9 GB for the iPad). You can download the iOS update via WiFi or iTunes 8. A series of additional features have been provided in this latest mobile platform. Secretly, it turns out that Apple has some new features in iOS 8 running on an iPhone or iPad. Here is a series of best new features in iOS 8 that you should know.

iOS 8 presents easy access to the contact number of the most frequently dialed or stored in the favorite category. The users only need to click the home button twice in order to access a list of favorite contacts and the newly contacted.

Weather App available on iOS 8 displays more information than ever before . In this application the Apple presents at least the weather forecast information for the next 9 days with a detailed of the changing weather conditions. Not only that, in this app also display the time of sunrise , sunset and the UV index which will make it easier to adjust its schedule and fashion models.

Previously, iOS does not provide support for hidden files or photos in order not to expose it from people who do not need to see. Now in iOS 8, Apple made a new feature that can hide your photo. Users only need to press the old photos you want to hide, and select hidden. Then, the photos that are hidden can not be found but still be visible in the folder ‘ Hiddens ‘.

Now, the display of the email messages are windows, so the users can have as many of them open at once as they want. To minimize a message and get back to the users inbox, they only need to swipe down the open message, and it will wait for the users at the bottom of the screen and same like Safari browser tab, the users can also flip among them.

Now, the users can installed keyboard replacement offered by third party. One of the hottest Android keyboards for example like Swype, is now available for iOS for $1. Just, go to Settings > General > Keyboard > Keyboards and choose Add New Keyboard, if they want to use the alternative keyboard. Unfortunately, the users can not use the microphone to convert speech to text while using an alternative keyboard because they have to switch back first to Apple’s keyboard if they want to do that.

Now, the users can get faster feedback on what the voice assistant is hearing and they can also ask Siri to download an app from the App Store, which will initiate an App Store search.

8. Easier to Monitor your Battery Usage

Now the users can see, which apps are using the most battery life. Just, go to Settings > General > Usage > Battery Usage and they can see a list of apps and how much of your battery life each has consumed, they can also see the report of some apps, why those apps are using that much energy, such as low signal or the fact that those apps continuing to run in the background.

9. Send the Last Location to Apple Before your Battery Dies

Now, your iOS devices allow to send the last known location to Apple before the baterry drains to critical condition. This feature really useful if the users lose their iOS devices.

11. When Carrier Signal is Low The Users can Phone Calls Over Wi-Fi

Now, when the carrier signal is low, the users still can have a phone call by using Wi-Fi network.

Now, the users can select DuckDuckGo as their default search option in Safari. DuckDuckGo is known for its anti-tracking stance.

Generally, iOS 8 contains additional features that can help the users daily activity with a display that looks more user friendly than its predecessor.