Ranking strategy games for both Android and IOS devices is very complicated because there are a lot of good titles out there. Strategy games vary from tower defense style of games, to turn-base arcade games, to tactic games and even card games. You will be tested on how good of a commander or leader are you depending on the type of strategy game you play. Of course, not all strategy games are easy to play and some of them will push your limits.

Basically, most strategy games have the same elements like the resources you gather and spend, and your offensive and defensive tactics. This sounds easy but the real pressure will come into play when all of this happens in real time meaning you need to have good time management. In my opinion, how good a strategy game is depends on the game’s balance and difficulty. So without further ado, here are my top 10 mobile strategy games of all time. 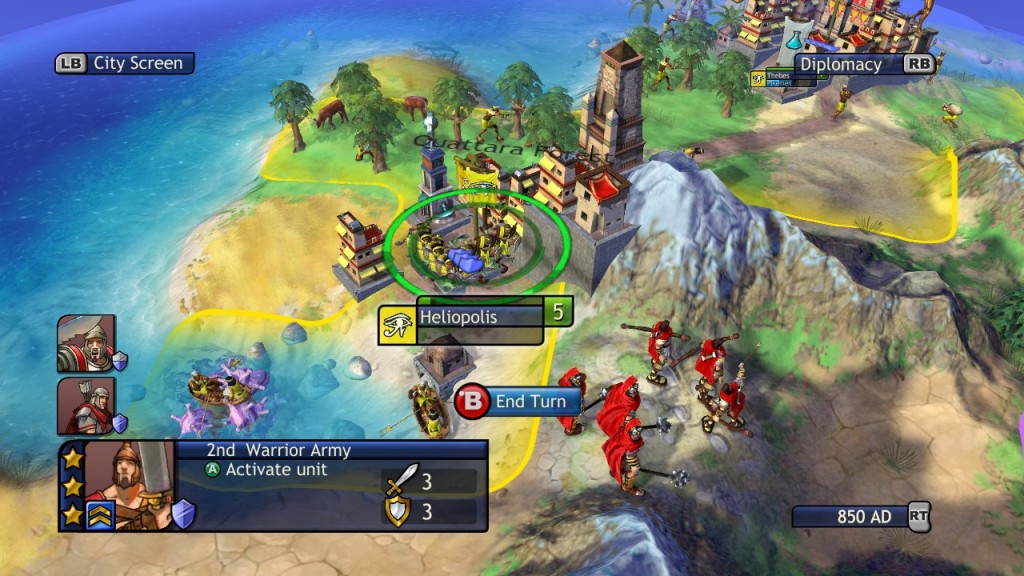 Talk about old school Command and Conquer style of play! Civilization Revolution is a strategy game that is about conquest and expansion of your colony. This game puts you in control of a civilization wherein you must develop and help prosper over time. But in order to master this game, you need to be familiar with its predecessor. If you haven’t played Civilization 1, it may take you some time in order to keep up the pace. Although its graphics is better than its 1st game, this game is more challenging and compelling. All in all, Civilization Revolution 2 is very fun to play with even though it comes with a very high price tag. 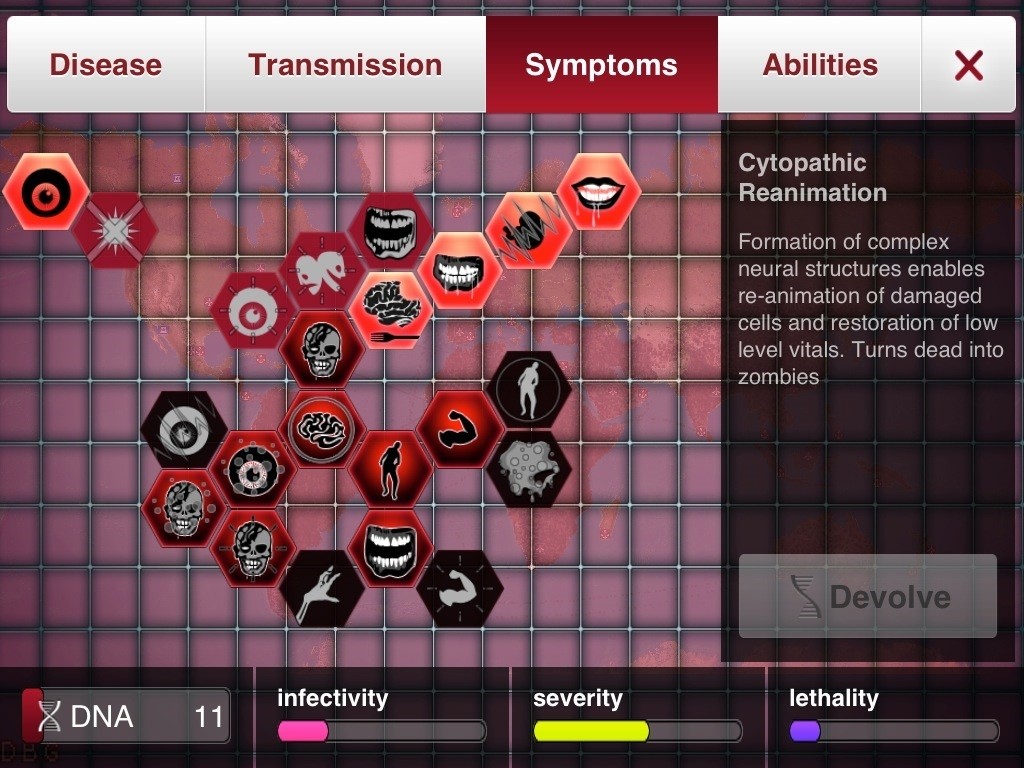 I have to say that this strategy game is the most unique among all the strategy games that I have here on my list. If you are into games in which the ultimate goal is to kill all the people in the world with viruses and illnesses, then this game is for you. Like I said, your goal is to develop unique bacteria and diseases that are appropriate for a specific region. This is not your typical colony vs colony type of strategy game. This game will somehow test your mind to come up with the best strategy to spread the infection. Of course, spreading the infection throughout the world is not that easy. You have to do it step by step, country by country. Yes, this game is not for those who find the idea morbid. 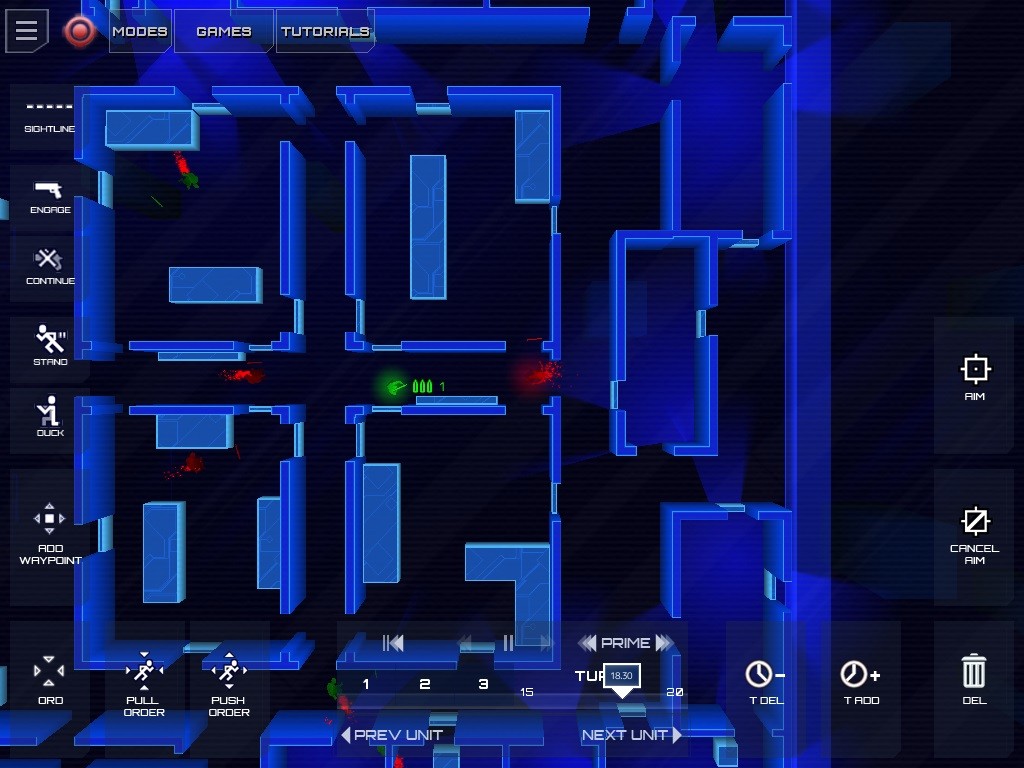 The first time I played this game on my smartphone, I was a bit confused and at the same time, intrigued. This science fiction themed turn-based strategy game lets you control a group of soldiers and guide them depending on the mission tasked to you whether if it’s an assassination, escort or infiltration type of mission. This sounds easy but the one thing you have to keep in mind is your soldiers. You have to keep them alive and this task will truly test your strategy making decisions. One false move and all your troops are a goner. The enemy’s A.I. level is a bit tough to handle but then again, you should always be one step ahead of them to achieve your mission. 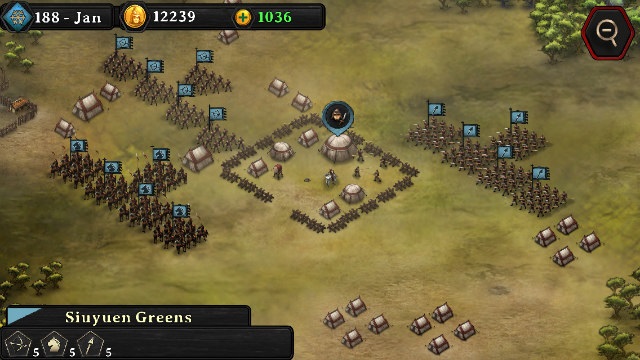 This strategy game is not cheap, literally. This mobile game might cost $7.99 but it is worth it. This is a basic real-time strategy (RTS) game and it is not an easy game. You’ll start off by controlling a warlord in ancient China only with few resources then you explore regions and then dominate. Not only that you have to expand your colony but you also have to train soldiers and upgrade your weapons and arsenals. Again, you can only achieve all of this by expanding and expanding, nothing else. Then your focus will be tested once your enemies will start harassing one of your colonies or worse, all of them at once. Micro-management of your troops will come in to play and this aspect of playing the game will be very important. All in all, this game is very entertaining and at the same time challenging. 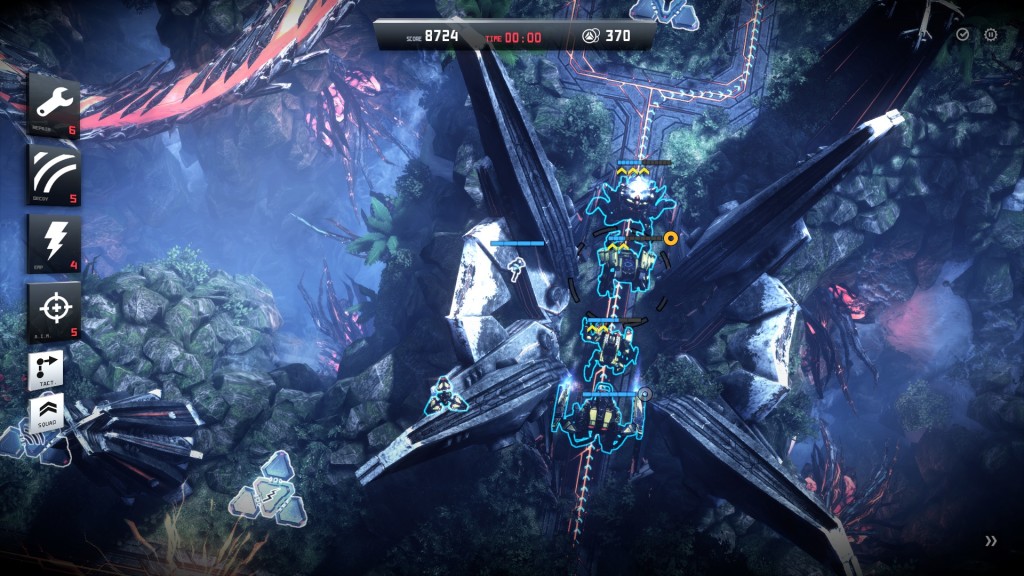 At first, I was having doubts whether to put this game here on my list or not. This is a tower defense type of game but at the same time, this is a very good strategy game also. Like many tower defense games, it is a turn-based type of game wherein hordes of enemy troops try to infiltrate your base which you are defending of course. Killing the enemies is the only way to gather resources to whether build some more towers for defense or upgrading what you already have. All of this will depend on your strategy of course. I find the game’s graphics very good and the game play exceptional. This futuristic strategy game will somehow kill your time though as most tower defense games do.

Brains! More brains! This successor of a then already popular game is still making it to the charts. If you are already familiar with the predecessor, then you already know what to do. The strategies of the game is simple, plant plants and defend your house against a horde of zombies that will do everything to eat your brain. And I mean everything that even though you have already travelled through time; zombies will always be there no matter what. This strategy game, like I said, will take you to a number of places and time in the world from ancient Egypt, to pirate seas, and even to the future. This game, like the previous game on the list, is a tower defense type of strategy game where of course your towers will be plants of many kind and many abilities. You have to strategize to eliminate different types of zombies because there will be a lot of zombies with different abilities. These zombies have weaknesses though but you can only select limited numbers of types of plants in a single game so before a game start, carefully think what type of plant should you choose. 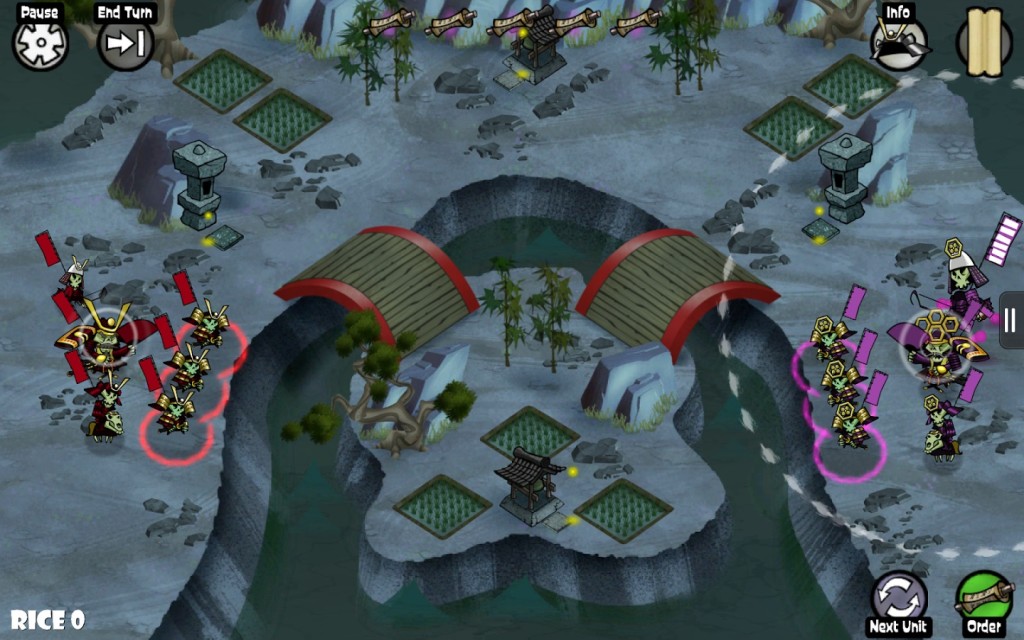 This strategy game is easy on the eyes as this game is very well presented but it is not easy for those with weak stomach. This game will let you kill enemies and eat them afterwards for additional strength. This turn-based game also will let you play an undead samurai general whose quest is to conquer more colonies even in after life. The game’s campaign mode is really fun and addicting to play because its dialogue is very charming and witty. Like I said, the game’s graphics and music is good and the game play is very realistic as you can make use of the battlefield’s terrain for your advantage like you can hide behind trees and so on. 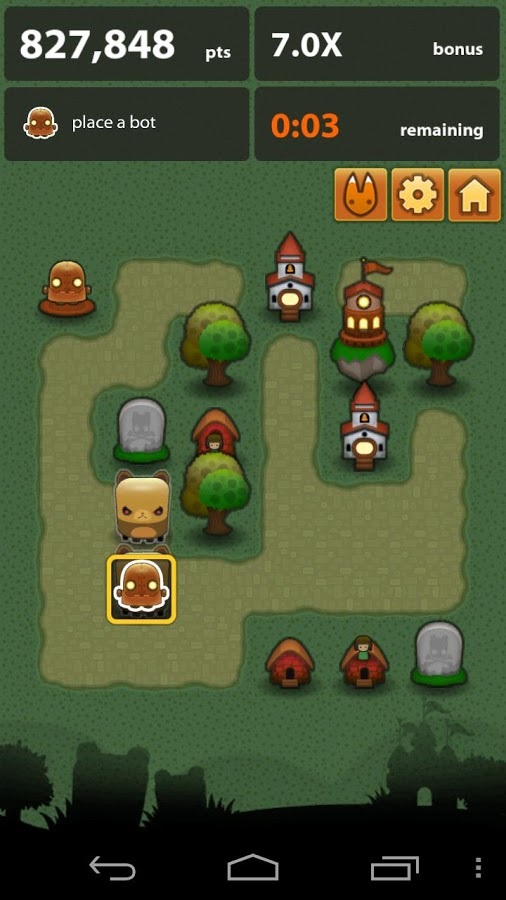 When you first look on the screenshots of the game, you might say that the game looks dull and boring. But think again. This puzzle-riddled strategy game will be as challenging as it can get. The premise of the game is simple, you play on a 6 x 6 grid arena wherein you put different types of tiles like grass, bush, or a tree, to name a few, and you have to adjoin 3 or more of the same type of tile in order for that tile to be upgraded. Sounds simple, right? But it won’t be as bears or sometimes ninjas and bots will terrorize your town and you have to block these enemies to turn them into gravestones. This is really addicting to play and very time-consuming as the more levels you complete, the more difficult it gets. 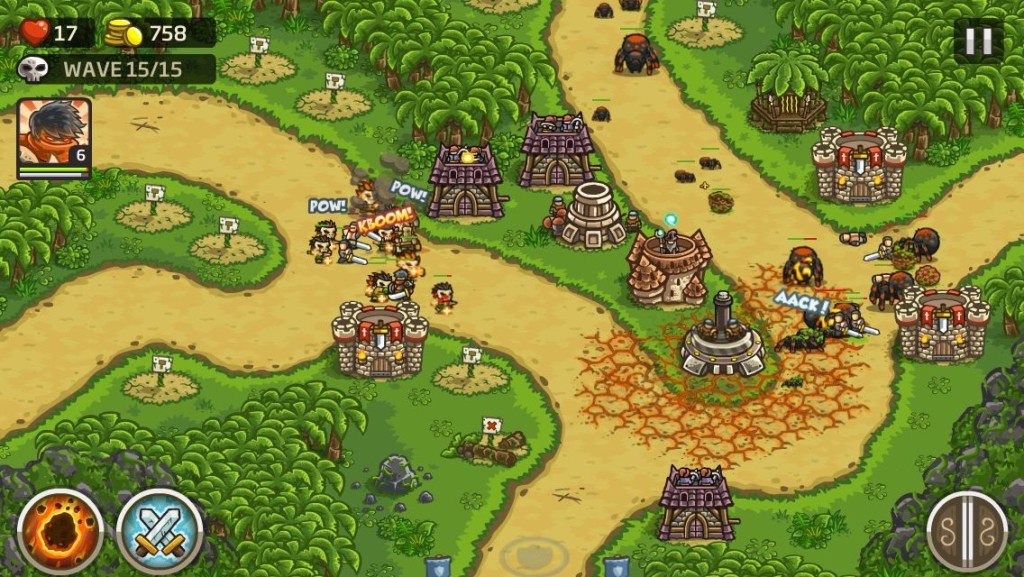 This tower defense strategy game was first released as a flash browser game until many gamers have become so hooked on playing this. This made the game publisher Ironhide Game Studio felt the need to port this game into a mobile game and it was a success. Set on a fantasy medieval age, you have to put medieval towers like mages and archers to defend against mythical monsters. Killing monsters will of course grant you additional resources but you have to keep in mind that there will only limited pre -determined spots on the arena wherein you can put towers so you have to choose towers and manage resources wisely and carefully. What I love about this game is its simplicity of the gameplay but I can tell you right now that some levels can be very challenging so you will really have to make better decisions when choosing your towers and where to use your available resources. 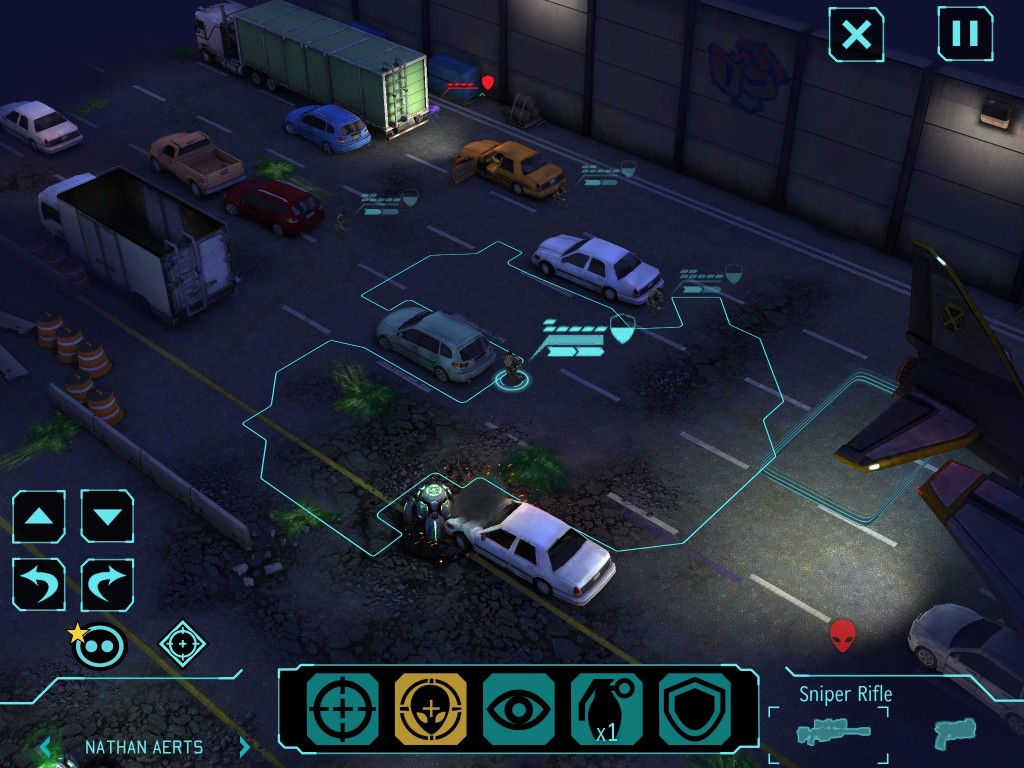 This game does it all when it comes to being a strategy game. XCOM: Enemy Unknown is a military turn-based tactical strategy game set in the near future during an alien invasion of Earth. This game puts you in control of a military organization called XCOM whose mission is to defend the Earth. You will then control your soldiers in the field in a series of turn-based tactical missions and levels.

Your mission varies from hostage rescues and defending your home base but all of these missions have one goal – hunt the aliens down. This game is so realistic that it uses fog of war to hide enemy aliens. So your main strategy is to make use of stealth or if that doesn’t help, you can attack aliens head to head or head to spine whichever you prefer. You will also have a wide arsenal of weapons that you can choose from but you have to wisely choose the best and appropriate weapons for a specific mission. The game’s graphics and audio is also exceptional as you can be immersed playing this game for hours without you noticing it.