What’s the deal with Clash of Clans hacks

There is no doubt that Clash of Clans is one of the most played games in the world. It is about building bases and defeating other players. However, to build anything, you have to wait for a set amount of time. It starts out from one minute to twelve hours, and unless you pay in real money, you won’t be having a lot of fun. That is why premium players always destroy beginners. The new guys get mad and decide to start looking for Clash of Clans hacks, cheats etc.

How do you hack Clash of Clans?

Sorry to break it up with you, but you can’t hack Clash of Clans, you will only get hacked by scammers. A lot of scammers are just taking advantage of your greed. When you Google “clash of clans hacks” you will get thousands of results. Most of these sites are built by scammers who would try to rip you off. There is no hack however, but a lot of people are not aware of it. Scammers put up a site with some flashy screenshots of them developing code and stuff. And they would show you some fake accounts which have millions of gems etc. They would tell you that these are legit accounts. You then think “Wow, this sounds great and it looks real! I will download this!”

The fact is, Clash of Clans hacks do not exist!

In most of the cases, after you click into the link you will see a page of ad instead of the site. They are called adfly links. If you haven’t heard of it, it is basically an advertisement page that you can skip after 5 seconds to go to the site that you originally wanted to visit. Many site owners use this, especially MineCraft map creators. Nothing wrong with it so far, it’s just a bit of money maker for the site owner. After that, it will open up a site where you can download the file. Sweet, right? Unfortunately for you, it is a survey site. Surveys are the worst way to scam anyone. You get four or more options and when you click on them you pay the scammers money, while you download viruses. 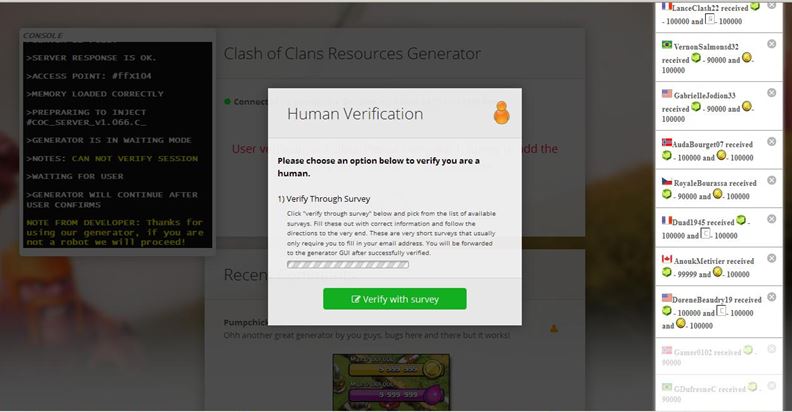 But, some go a step further, and let you download the exe file. After you open it, it leads you to a survey site while you are downloading even more viruses. Some give you the .rar file with a txt file in them saying “For security reasons go to this site” which is another survey 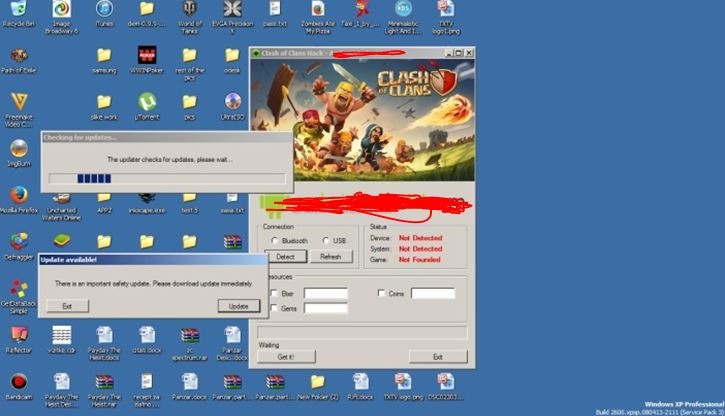 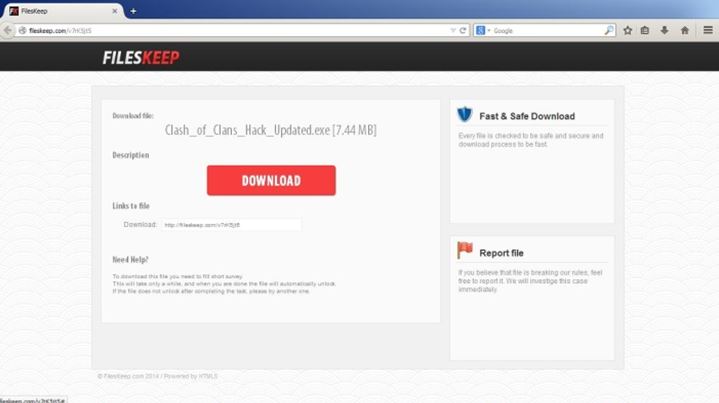 We covered surveys, but are there other things that can make your day worse? Yes in fact. Some sites have so many advertisements on them, it is downright frustrating. Of course, when you survive that, you get a download link that will most definitely give you a virus. Even if you have an antivirus installed, I wouldn’t recommend you trying risky actions likes this. 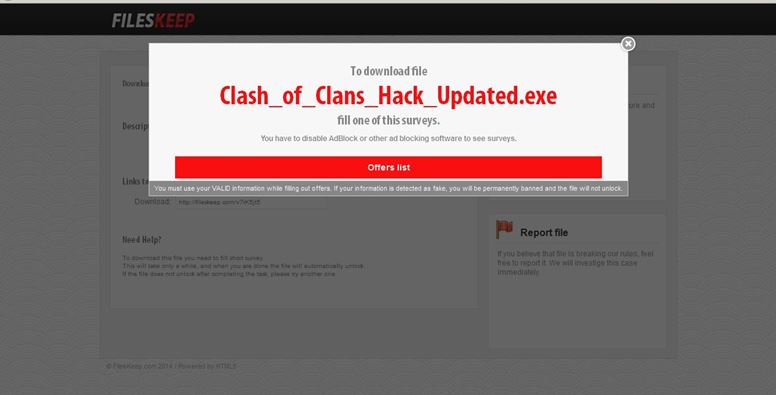 Bottom line: There are no hacks for Clash of Clans

Most games like this don’t have hacks for them, so you are wasting your time. If other paying players are better than you, then you can’t do anything about it. Either keeps grinding and hope you get a break or you could start paying yourself.