Which Are the Best Pokemon Hacks?

To say that Nintendo and Game Freak’s Pokemon games are popular is understatement. You could even argue that even if the Wii U will tank this console generation, the company will still continue to earn through the strength of the Pokemon series alone. Last week I talked about how some of the more enterprising fans have come up with their own versions of the core Pokemon games. In that same article I also talked about a couple of Pokemon ROM hacks that you might want to consider playing. So to start off this week, I’ll be expanding on the best Pokemon Hacks that are currently available for you to play on your GBA emulator.

I remember playing Pokemon Light Platinum like it was just yesterday. The game is a ROM hack of Pokemon Ruby that is probably the closest you’ll ever get to a vanilla Pokemon experience. Well, you might be wondering why you should play this if it’s just the same as any other game released by Game Freak and Nintendo. What sets Light Platinum apart is its scale. With two Pokemon Leagues to join and a whopping 16 badges to collect, this ROM hack is pretty hard-core. However, it still feels original enough for me to consider it as one of the best Pokemon hacks I’ve ever played. 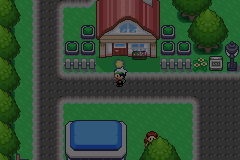 Next up on this list is Pokemon Flora Sky. Unlike Light Platinum, this ROM hack is based off of Pokemon Emerald for the GBA. So, what are this game’s features that warrant it on this list? Aside from the fact that it features an entirely new story is the fact that the game’s entirely too hard or too easy. The developer’s focus on balanced gameplay makes it more interesting to play than most other ROM hacks you’ll find on the internet. Bugs and glitches were another set of issues that Flora Sky was able to address. It’s not uncommon to play a ROM hack and have some random in-game event go into a loop and eventually break the game. 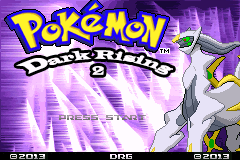 These two games were also mentioned in the article I wrote last week and for good reason. Pokemon Dark Rising 1 was one of the first ROM hacks that I got introduced to and was blown away by. Unlike the core Pokemon games, this series is quite dark and features an extremely punishing difficulty (thank God for cheats!) even if you have a Dragon-type Pokemon as your starter. I’m not going to spoil too much of the game here because I think you’ll need to spend some time on your own to truly appreciate what it has to offer. What I can guarantee though is that you’re going to be in for quite an adventure that’ll culminate in a boss fight that’ll test the limits of your skills and patience. 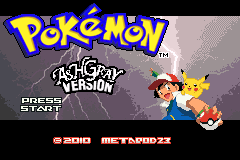 Before I played any Pokemon games, I was first a fan of the animated series. In fact, I thought that the games were derived from the anime and not vice versa. Even with the anime’s popularity, Nintendo has never released a game that was based on it. This is where die-hard Pokemon fans come in and create a game of their own: Pokemon AshGray. This ROM hack is basically a re-creation of the first season of the anime starting from the time Ash gets Pikachu to his meetings with other characters (both Pokemon and humans). Despite their inclusion, these events won’t limit a player’s decision making. He/she can choose to catch Pokemon other than the ones Ash caught during the anime as well as make their own independent decisions without affecting gameplay. If you want to see the cheat codes, check out this article here. 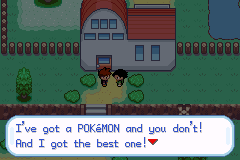 With the number of ROM hacks increasing every year, it’d take one dedicated player to actually play through them all. The list above contains only the best games out of all the ROM hacks that I’ve had the fortune of playing thus far. That goes without saying that this is a pretty subjective list. However, don’t just take my word for it and test out other hacks that are available online.