As mentioned in one of my previous posts in this series, the lack of redstone functionality in Minecraft PE is the main reason why you won’t be able to make an automatic farm just yet. If you’re hell-bent on automating farming though, you can opt to mod your copy of Minecraft PE for it to have unofficial redstone support. 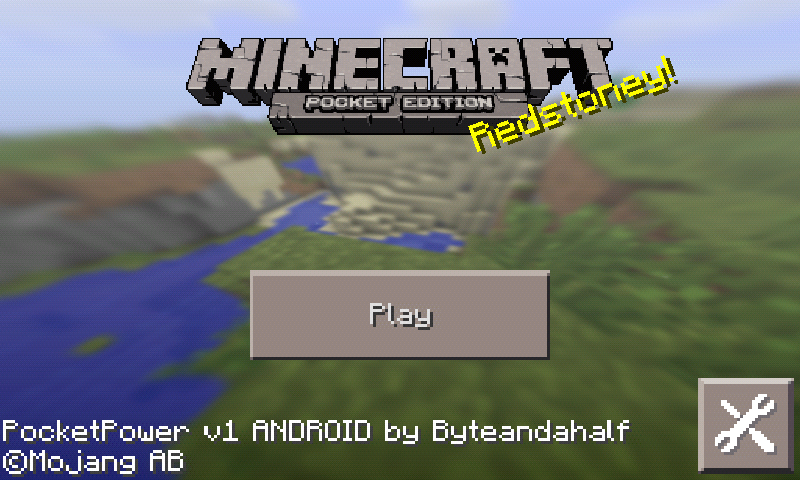 Developed by byteandahalf, this mod should work on any Android device that is capable of running Minecraft. The only drawback with it though is that you’ll need to disable all other mods and textures just for it to work right. Is this bad? When you think of all the awesomeness you can make with fully functional redstone items then this should be a fair enough trade-off right?

Wrong! The problem with this addon (as well as similar addons/mods like Redstone Craft and Minecraft PE Delta) is that their support for redstone is severely limited. I learned about this the hard way when I opted to build an automatic farm using the redstone and pistons enabled by PocketPower v1.

How I Set Myself Up for Heartbreak

For educational purposes (so that you won’t end up like me!), I am going to include the layout of the automatic farm I was making just in case you might want to try it out for yourselves as well.

The layout I had in mind worked on Minecraft PC and was supposed to be easy to build and maintain. I also chose that particular layout because it was a cinch to scale. Take note that I made the automatic farm on Creative Mode since looking for redstone in Survival mode can take a long time. Regardless of the mode you’re playing though, the results will always be the same. 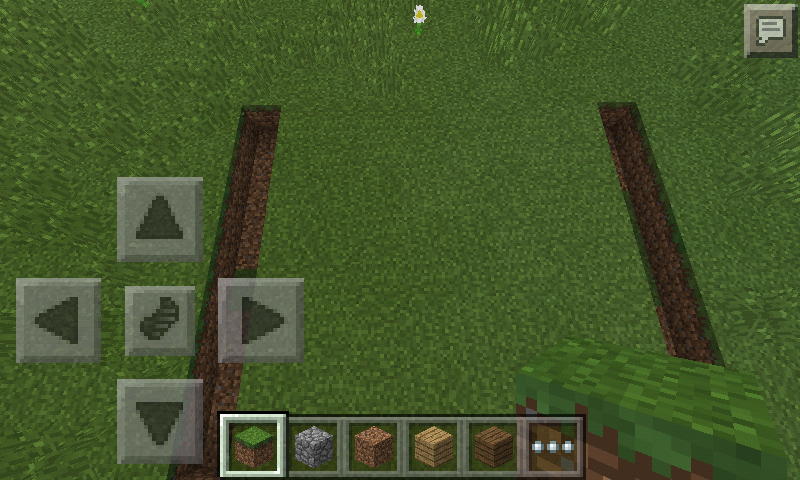 I first had to dig two parallel trenches 1 block deep and eight blocks long. I made sure that these were eight blocks apart. 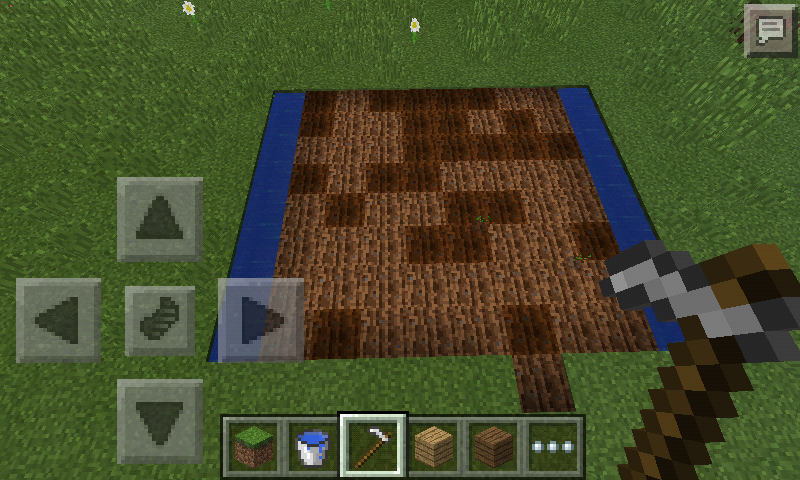 These trenches were then filled with water and then covered with glowstones/jack-o-lanterns (not shown in the screenshot above). Once the trenches were covered, I proceeded to till the grass/dirt to make the farm ready for planting. 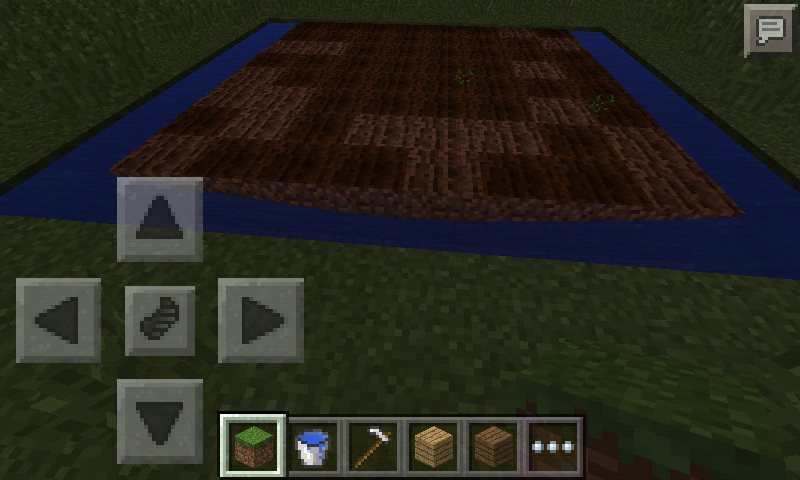 I then went on to connect the two trenches via a channel (like in the screenshot). Instead of filling it with water similar to the parallel trenches, I only added one bucket to one end of the connecting channel. After doing so, I then had to make another 5-block long channel/trench perpendicular to the connecting channel. This area of the arm will supposedly serve as the front-end and would house a lever to automate the harvesting process. 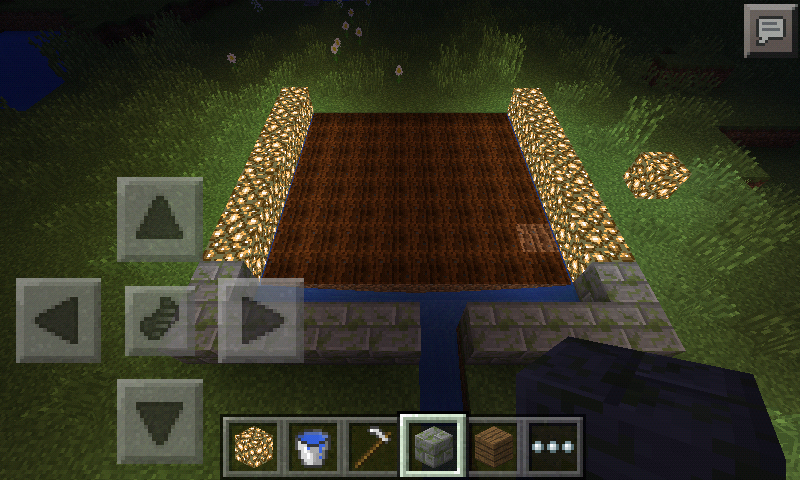 *The stone blocks are optional.

The pistons, redstone repeaters, and redstone were all set up at the back of the farm when I noticed a peculiar issue. I first placed the pistons on top of the first block adjacent to our farmland while the repeaters were placed behind them on the second. A row of redstones (the same length as that of the repeaters and pistons) were then strategically positioned on the third row. When I checked the redstones, I realized that they didn’t connect to the repeaters. I thought this might just be temporary so I went on with setting up the lever to control the pistons. 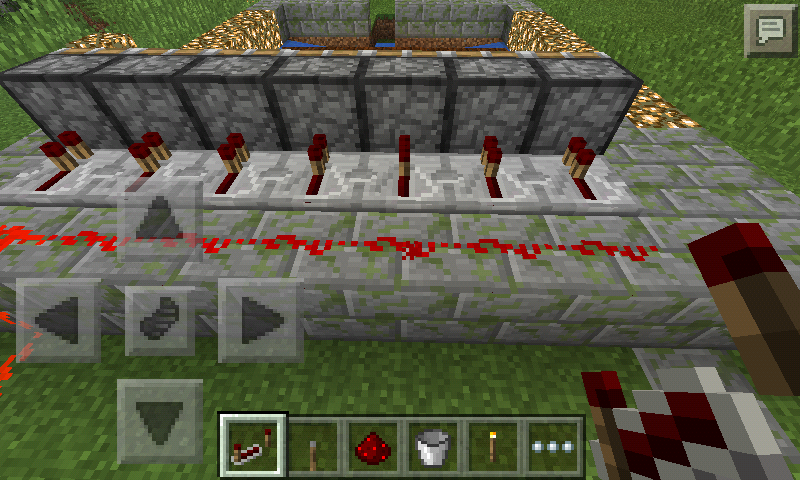 After finally laying down a trail of redstone to connect a lever to operate the pistons at the back of the farm, I felt that my job was done. At this point I still had no idea that I wouldn’t be able to continue making my automatic farm. It was surprising for me to see the pistons not activating and the redstone at the back of the farm still not making a circuit with the repeaters! 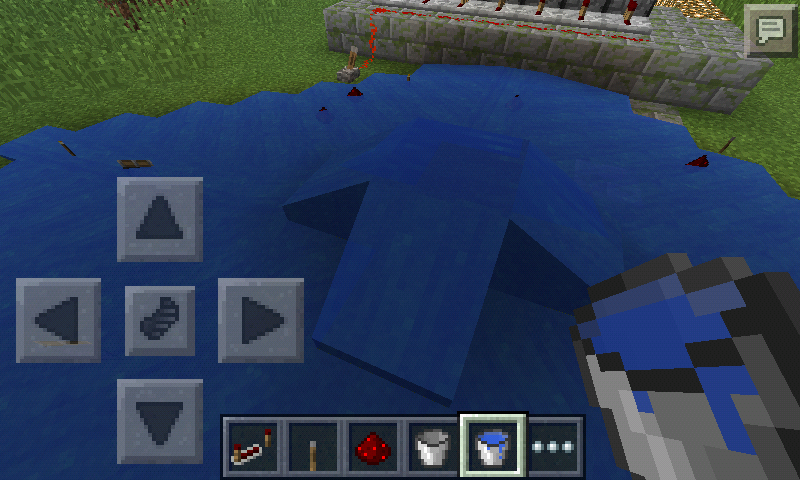 Pouring water on top of pistons will also result in them breaking. Pistonsshould be able to normally hold water.

PocketPower v1 is still unfinished. As a result, redstone functionality in-game (even on Creative) is severely limited. Make no mistake about it. Byteandahalf’s PocketPower v1 is still promising but with the numerous bugs that I’ve come across while it was enabled, I feel that it’s more of a novelty rather than a game-changing addon. If you want to build an automatic farm on MCPE, I suggest you wait for the version 2 of this addon or the official version update from Mojang AB. I would also suggest that you check out my article on advanced farming. It details how I was able to build an extremely efficient semi-automatic farm without using redstone!

Have you used PocketPower v1 or other addons/mods that enable redstone functionality? How was your experience with them? Share your thoughts and ideas about why it is impossible to make automatic farms in Minecraft PE down on the comments section.